The State Series kicked off with Highland Park competing at the IHSA 3A (largest class) Grant Regional on the challenging course at the Bulldog Athletic Complex. This was the first step in hopes of qualifying for the State Meet. It was a beautiful warm and windy day for the meet.

Only 7 runners are allowed to race from each team at Regionals. The Giants did not make a final decision on if junior Nate Wehner would race until the day before the meet due to being sick the past week. It was decided that Wehner would run and start the race with teammates junior Barak Goldstein and senior Noah Jackson. He would then adjust his pace based on how he was feeling. 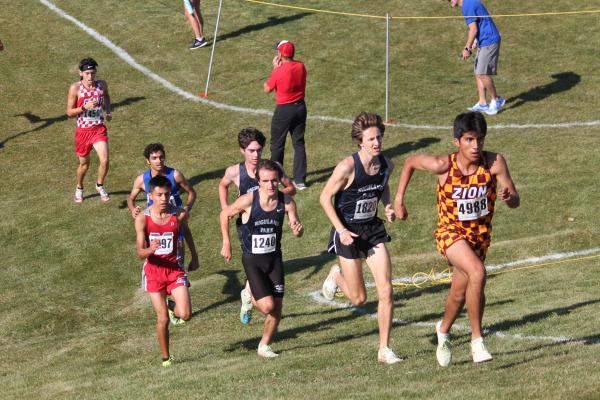 The team got out a bit behind where they needed to be in the first 400, but the pack of Wehner, Goldstein, and Jackson moved up to just outside the top 10 not long after. Senior Alex Bradshaw and sophomores Dylan Dominguez, Usual Rodriguez, and Brian Hatoum packed up through the mile but were also a bit far back in the race. 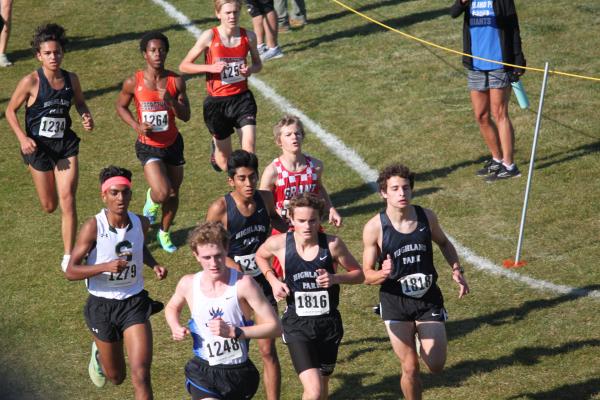 As the race progressed, the team started to spread out. Wehner moved up into 7th place with just under a mile to go. Goldstein was continuing to battle for a top 10 finish. Jackson was not having his best day but was giving his best to stay in the top 20. The next pack had Dominguez taking control and moving up with Rodriguez not far behind. Bradshaw was also struggling on the course with a cramp, but pushed to not fall back too far. Hatoum battled to stay close to Bradshaw in his first Regional experience.

Wehner moved incredibly well in the final mile and passed a pack of Lake Zurich runners. He then battled Mudelein’s top runner down the final stretch. He wasn’t able to hold him off but still finished in an impressive 3rd place at 15:58.62. This was another gutsy effort by Wehner after his performance at the CSL Invite. This was his first All-Regional finish (last year he was 6th). 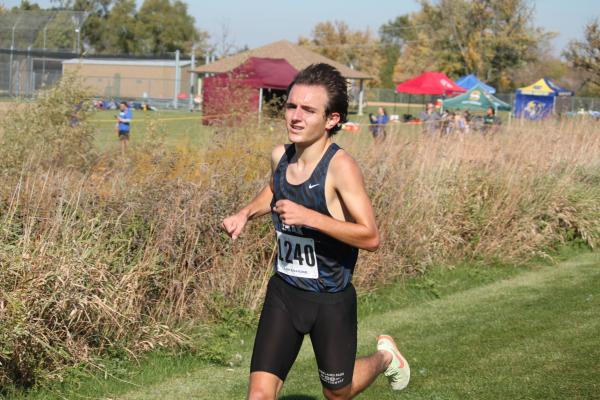 Goldstein had another strong finish to pass a few runners in the final 400. His race was solid overall and showed he had the resilience needed to get through the tough moments in the race. Goldstein crossed the line in 16:30.58 for 9th place. 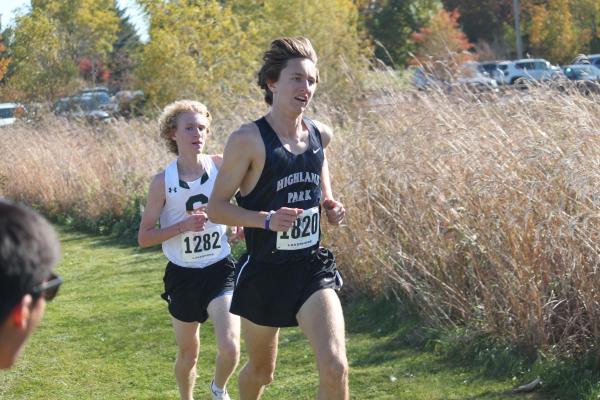 Jackson worked hard to fight through a difficult day. He was able to remain in the top 20. He finished in 19th place with a time of 16:57.12. 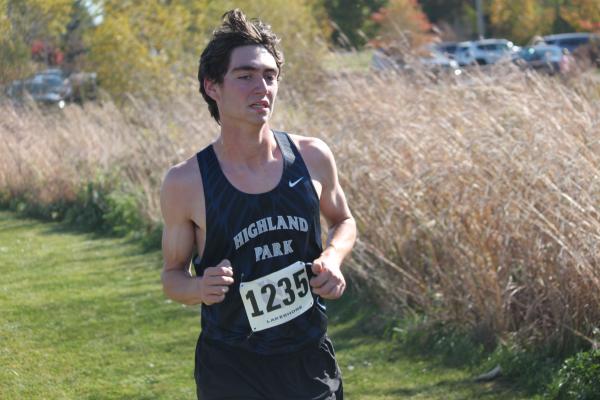 Dominguez had an incredible race. He moved up really well throughout the second half of the race. He finished strong and crossed the line in 22nd place with a time of 17:05.07. This was an impressive performance for a first year cross country runner. Dominguez showed great poise and toughness in his first State Series experience. He ran his third fastest 3 mile time of the season, even though it was a very challenging course. 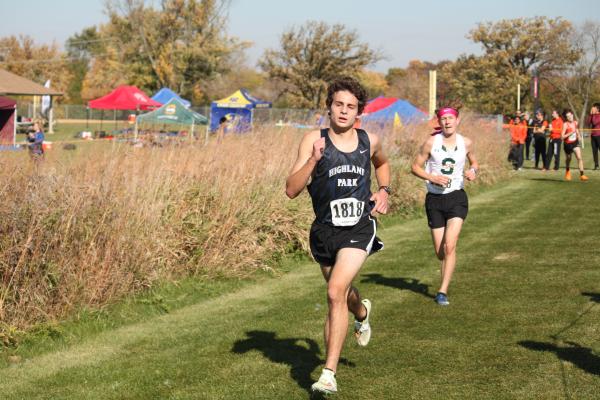 Rodriguez fought hard to stay close to Dominguez. He moved well through the race in his first time competing at Regionals. He then had his usual fast finish and got by two runners just before the finish line. Rodriguez placed 23rd at 17:12.55. 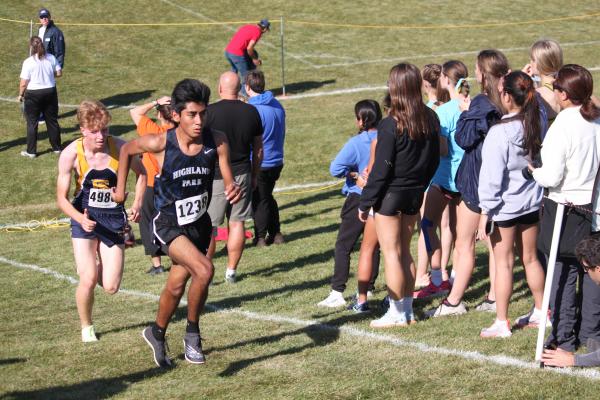 Bradshaw wasn’t having his best race, but never gave up despite a bad cramp. He kept his composure and held his form while pushing through the pain. He was still able to place 35th in 17:37.55. 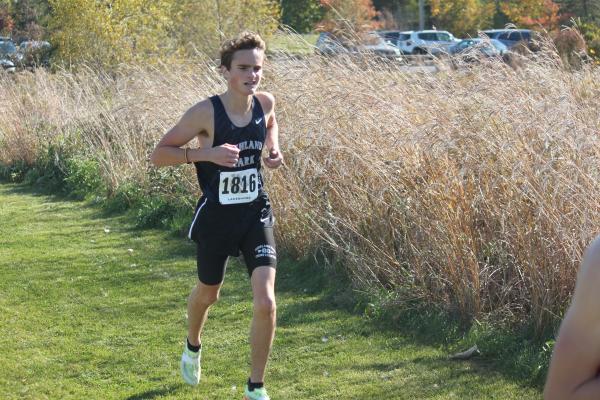 Hatoum wasn’t able to stay with the pack, but still had a strong race. He fought hard to try to catch back up to Bradshaw. He gained great experience as a sophomore racing in his first Regional race. Hatoum crossed the line in 17:49.84 to finish in 39th place. 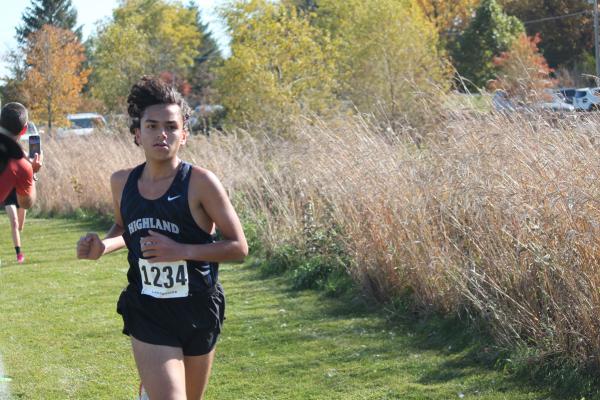 Despite not having the complete team race they are capable of, the Giants came in 2nd place! This was the best team finish for HP since 2016. Now the focus is on being prepared for the opportunity to race at Sectionals in hope of making it to the State Meet. The team will need all 7 runners to run the race they are capable of running on the same day. The resilience the Giants have shown all season will be needed in these final two weeks of the season. 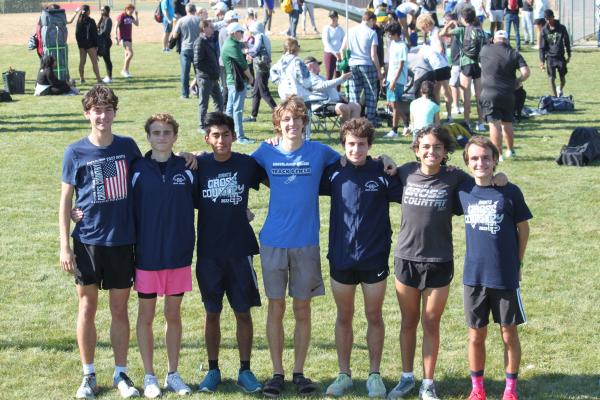