The Giants boys cross country team had their first meet at the EIU Showdown hosted by Neuqua Valley High School. This is a meet with teams that have at least one coach that went to Eastern Illinois University (which is where Coach Buti went). This meet had some Illinois powerhouse programs that gave the team a glimpse into the quality of runners championship teams have. Getting to that level is something that the HP program strives to accomplish. This will take tremendous commitment as a team and hard work over time.

The first race was 3 miles which started just after a downpour of rain that lasted several minutes. The team was led by sophomore Nate Wehner. He went with the leader (a runner from Plainfield North) for the first mile. He started to lose contact around mile two but continued to battle. A pack of Downers Grove North runners tried to chase him down at the end, but Wehner held them off to finish in 2nd place with a time of 15:31. 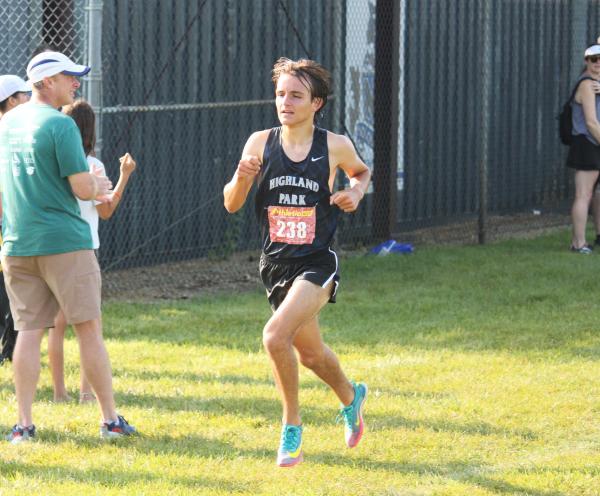 After Wehner, the team needed a pack to finish close together to compete with the other teams. That did not happen today. Senior Alex Brown and junior Angel Zeferino worked together throughout most of the race. Brown finished in 22nd (16:50.3) and Zeferino had a strong race to take 25th (16:56.8). These two ran well, but needed to be in the top 20 to get the score down. 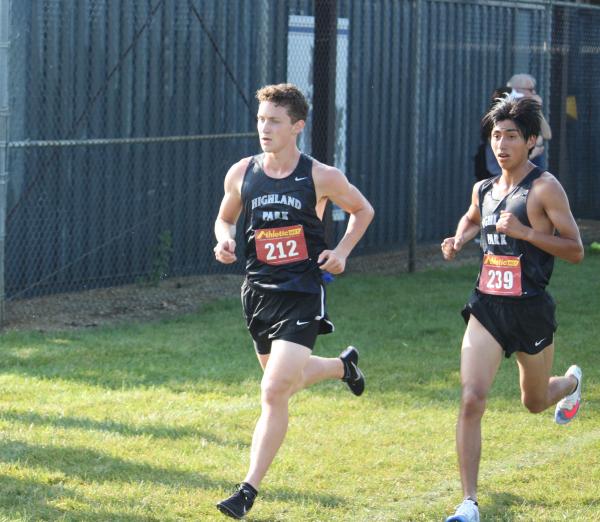 The gap grew to the next set of HP runners. This group knows that they must be closer to Brown and Zeferino to help the team reach their goals. Junior Alex Bradshaw was next in for the team with a 17:31.6. After the first mile, he spent the race with no teammates around him. Junior Noah Jackson and sophomore Barak Goldstein were the next two Giants to cross the line in 17:42.7 and 17:44.7. Look for them, along with Bradshaw, to race much better at the next meet.

Freshman Carter Livermore had a great first race to be in the team’s top 7. He went out a bit conservative at the start but moved up really well throughout the 3 mile race. He finished with an 18:30.8. Look for him to be under 18 minutes in the near future. 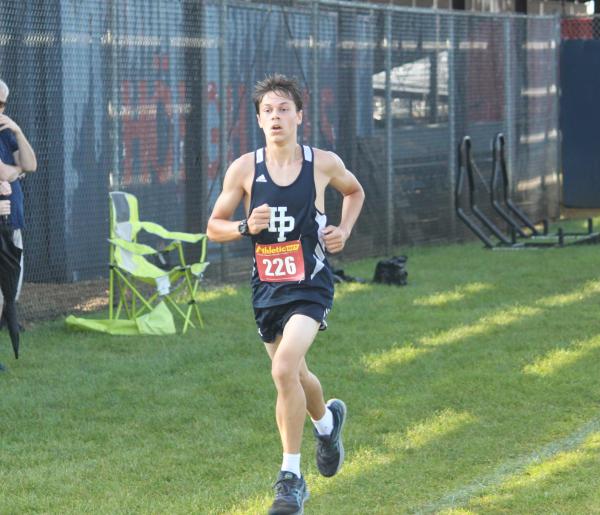 The next quartet of runners finishing for HP were all sophomores. This group will need to close the gaps and work together better in future meets. Lukaas Nales led the group in 18:36 followed by Doug Anderson (18:47.4), Yonatan Garfinkel (18:49.6), and Nolan Schott (18:54.8). That was a 3 second personal best for Schott.

Sophomore Eli Neiman and senior Alejandro Seiden worked well together throughout a majority of the race. Neiman finished in 19:33.9 with Seiden just behind him in 19:34.1. Not too far behind was sophomore Connor Edelstein in 19:40.4. After putting in a solid summer of training, Edelstein improved on his best time of 21:15 from last year.

Sophomores Zach Coren and Ethan Love did well in their first ever high school cross country races after both athletes were on the track & field team last year. Coren came across the line in 20:24 with Love several seconds behind him in 20:37.6.

Sophomore Andrew Kern and senior Ted Zinox finished near each other in 21:06.6 and 21:16. They should both be under 21 minutes by the next 3 mile race. Kern’s best time for 3 miles last year was 22:31, so this was a nice improvement for him.

Juniors Enrique Lipezker and Finn Davis were the next two finishers. They crossed the line in 23:34.7 and 23:48.4. They were followed by sophomore Tyler Rosenthal (24:06.8) and junior Ramey Heimgartner (24:17.5). This was Rosenthal's first ever cross country race as he was another guy that did soccer and track & field last year. Heimgartner ran a personal best compared to 25:42 from last year.

The second boys race of the day was a 2.2 mile race. HP had nine runners competing in this race with six of them running in their first ever high school cross country meet.

The team was led by freshman Usiel Rodriguez. It was unsure if Rodriguez would race at the meet due to recent ankle pain, but he stepped up and ran a strong race. He finished in 33rd place with a 14:17.9. He went through the 2 mile in 13:27. As he continues to put in the work, he should be under 13 minutes for two miles soon. 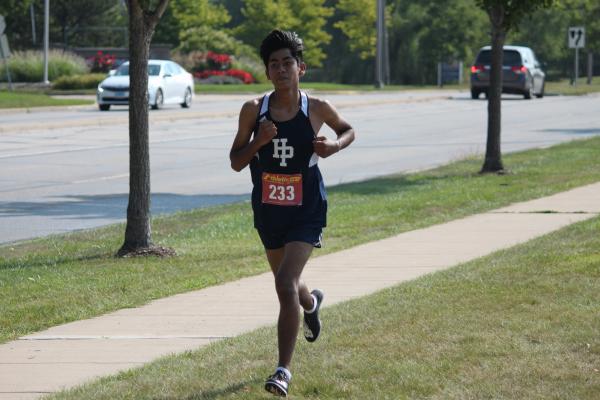 The next two finishers for the Giants were sophomores. Eddy Picazo is another one of the guys that did not do cross country last year, but did do track & field. He finished in 15:03.1, followed by Oliver Baterdene in 15:14.7.

Junior Davide Albiani did well in his first ever cross country race. He finished the 2.2 mile race in 16:32.5. Freshmen Mateo Diaz and Logan Berghoff were the next to HP runners to cross the finish line. Diaz ran an almost even split paced race in 16:45.1. Bergoff battled through some shin pain to finish in 17:23.3.

Sophomore Ryan Griffith ran a great first mile with his fastest time in 9:11. His previous fastest time for one mile was 9:30. Unfortunately, Griffith took a wrong turn on the course so his overall time was inaccurate. The coaches knew his overall time would have shown a lot of improvement because of all of the consistent hard work he has been putting in.

Seniors Ethan Nicolaz-Davidson and Marco Schulze came across the line in 19:00.9 and 20:48.3. The coaches are excited to see what these two seniors will accomplish their senior year!

Overall, it was good to get in that first race. The team raced hard under tough conditions. The expectations are high and there is a lot of work to be done this season. The coaches want each runner on the team to reflect on their race and answer these questions: What was done well? What can be done better? What will I do to improve?

The high level training will continue and the results will improve! 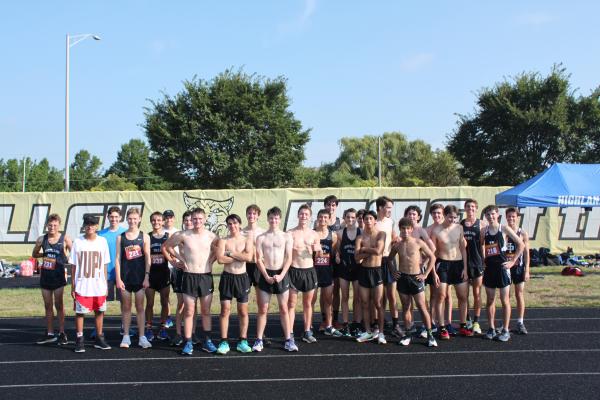