The Libertyville Invite takes place at the beautiful Adler Park. It is the most challenging course the Giants race on all season. It is a true cross country course with hills, trails, and forest to race through. The team was up for the challenge!

The first race of the day for the boys was the Frosh/Soph 3 Mile. Freshman Carter Livermore did not get out as fast as he should have in the first mile, but made up for it in the second half of the race. His strong last mile and final 400 propelled him to a 6th place finish in 18:21.85. 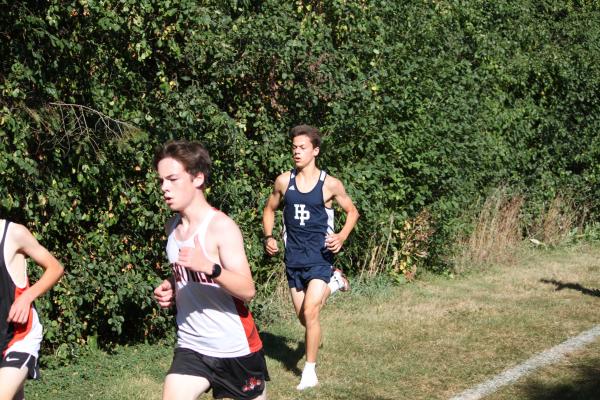 The next six finishers for HP were all sophomores. Nolan Schott ran well to take 19th place in 19:02.86. Connor Edelstein had a breakthrough race as he ran a personal best 19:17.43 for 24th place. On a flat course, he will be under 19 minutes. Andrew Kern also ran very well as he crossed the line in 20:10.2. After a summer of battling through some knee issues, Kern has been having a really strong season. Ethan Love was not far behind with a 20:22.0. Zach Coren did not have his best day, but battled tough to finish in 20:28.51. He will bounce back in the next race. Eddy Picazo continues to improve as he is closing the gap on some of his teammates in front of him. He finished in 20:57.61. 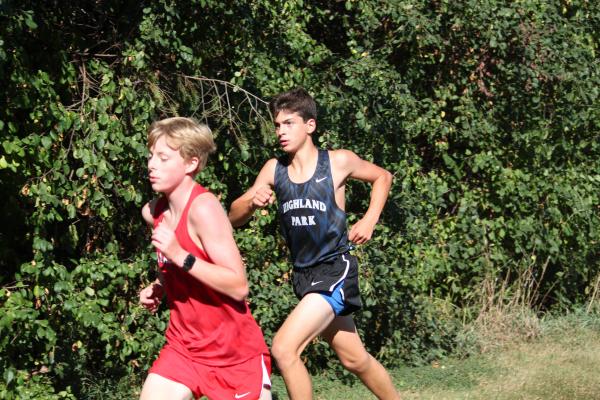 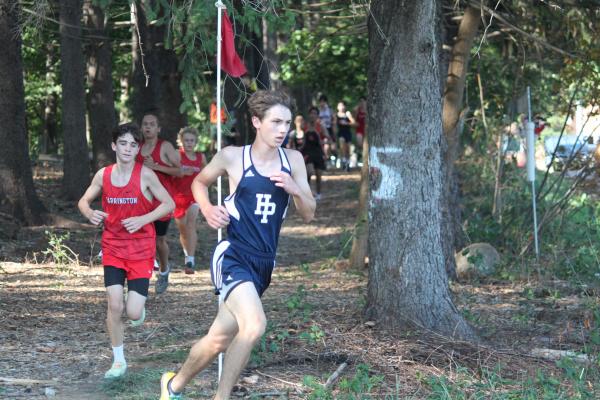 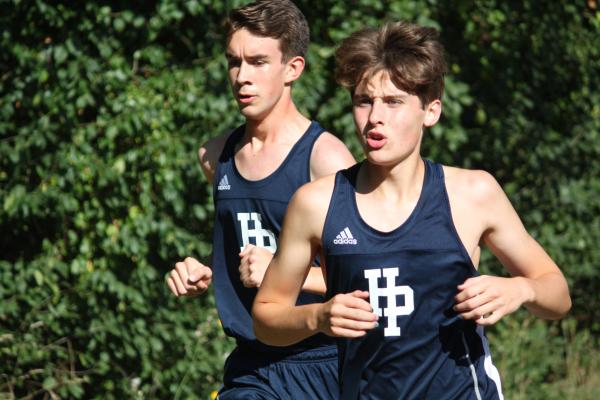 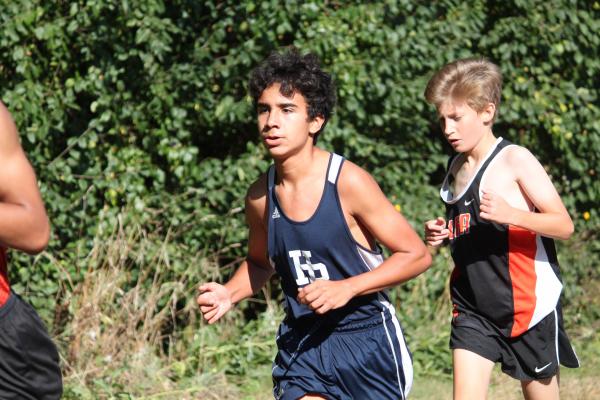 The next HP finisher was freshman Robby Mendoza. He has been doing well and is working his way up to the next pack of teammates that have been in front of him. He ran 21:48.82 on the challenging course. Sophomores Tyler Rosenthal and Oliver Baterdene were the next to Giants to cross the line. Rosethal ran 22:25.64 and Baterdene was at 22:35.35. They have been working well together in races. 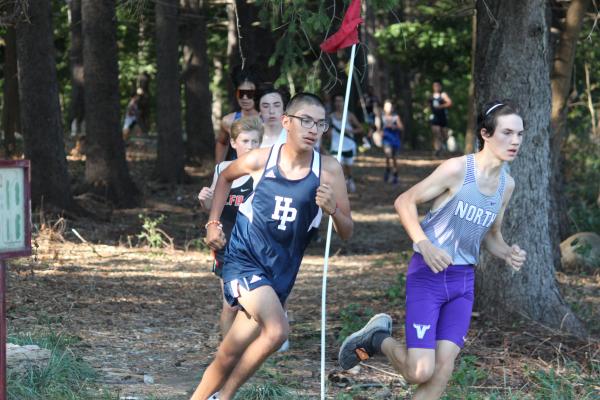 Freshman Charlie Lundington competed in his first high school cross country race at this meet. He went out in the first mile (7:09) faster than his original timed mile of 7:32. He was unable to hold that pace, but the coaches loved that he took a risk. He will be able to handle those kinds of paces better as he puts in consistent training. Freshman Mateo Diaz ran a 25:25.8. He has been working hard but needs to continue to focus on pushing through the 2nd and 3rd mile of races. Freshman Mason Zoeller had a huge breakthrough race. He ran a 26:38.61 after a 29:54 at Peoria. He still needs to bring that 3rd mile time down, but this was a big step forward. Sophomore Ryan Griffith got out well, but gave back too much in the 2nd and 3rd miles. As he continues to train, those times will drop and he will have a big breakthrough. 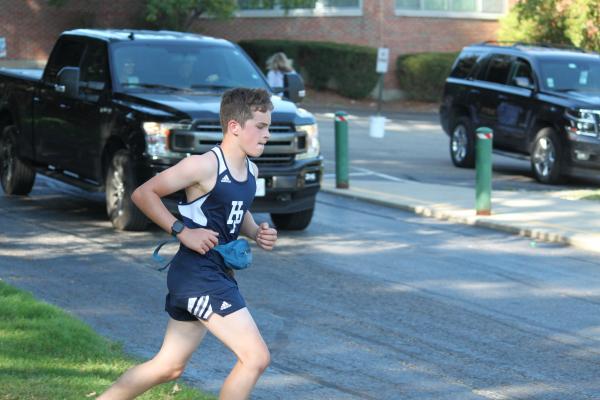 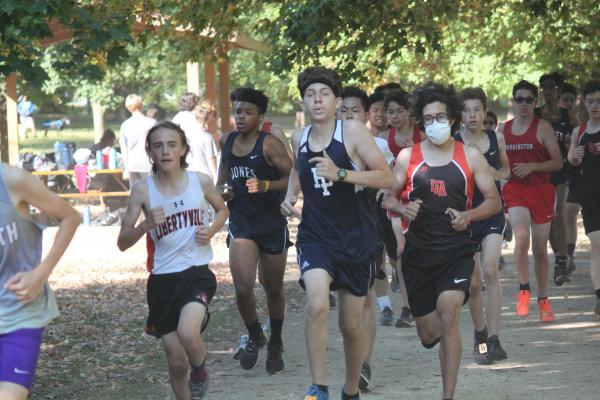 The frosh-soph finished 3rd as a team despite having several sophomores running up on varsity. The future looks promising for the Giants if enough of the boys make a commitment to striving to be one of the best cross country teams ever at HPHS.

The next race was the Varsity 3 Mile. The team was without their frontrunner sophomore Nate Wehner as he was not racing due to a previous hip issue that was being rested. It was up to the pack to stay together and be up near the front of the race. The pack included senior Alex Brown, juniors Angel Zeferino, Noah Jackson, and Alex Bradshaw, and sophomore Barak Goldstein. They all went through the mile in 5:25-5:26 but by the 2 mile the gap had already grown to 14 seconds. That can’t happen if the team wants to compete for championships. Over the final mile the gap ballooned to 37 seconds. Brown led the way in 9th place with a 17:12.01. This was a good bounce back race for him after a disappointing race in Peoria. Next in was Zeferino with a 17:15.58 for 11th place. He continues to demonstrate tough and aggressive racing that is needed for this team to be successful. Jackson came across in 13th place running a 17:21.66. He needs that big breakthrough race like he had last year to help get this team to the next level. Bradshaw was 21st with a time of 17:35.69 followed by Goldstein in 25th at 17:49.19. These two know they need to be tougher and hang on better in the second half of the race. 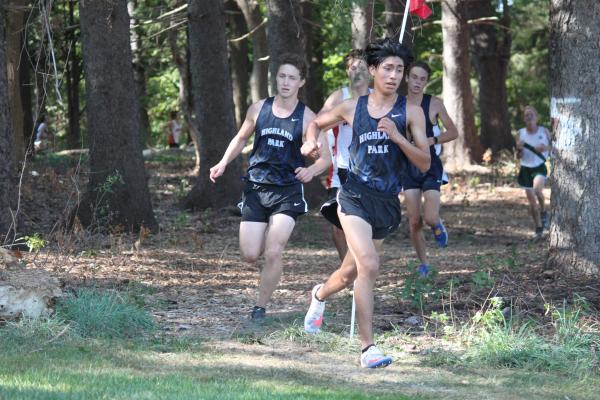 Sophomores Doug Anderson and Lukaas Nales are continuing to put in quality work and move closer to the main pack. Anderson was 34th with a time of 18:11.94. He finished with the team's fastest last 400 by several seconds. Nales ran 18:23.08 for 39th place. He will need to stay closer to Anderson in future races as he continues to improve and help with the team's young depth. 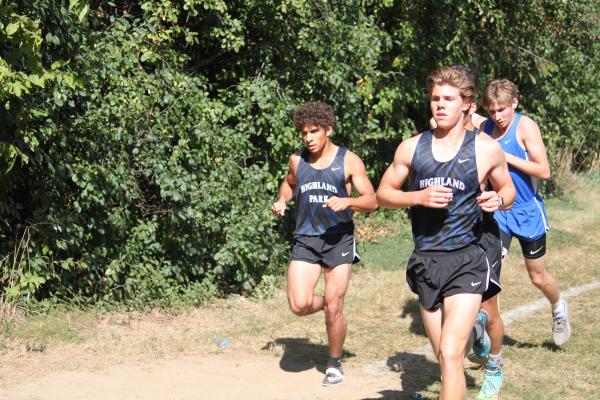 The varsity finished in 4th place, but they know they are better than what they showed at this meet. The work will continue and the improvement will come. 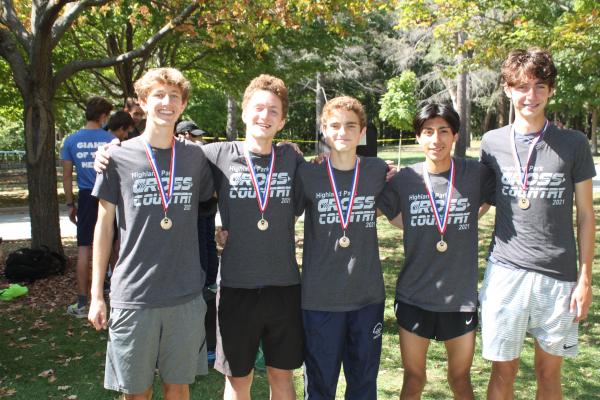 The final race of the day was the JV (Open) 3 Mile. HP only had 5 runners competing in this race. They were led by senior Alejandro Seiden. He ran 19:33 and finished in 15th place. Senior Ted Zinox had a solid race in 20:42.64. Junior Davide Albiani also ran well as he raced to a 22:25.83. Next in was junior Ramey Heimgartner in 24:04.83. He continues to show tremendous improvement from previous cross country seasons. Senior Marco Schulze ran 30:04.54 as he lost contact with the pack he was running with early in the race and had to pace much of the race by himself. As he stays with a pack more in races, his times will continue to drop. Each of these HP competitors are due for breakthrough races. They will need to continue to work hard and race tough. The JV finished in 6th place as a team. 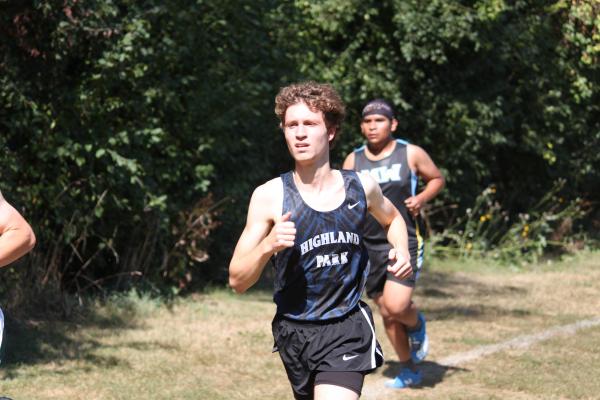 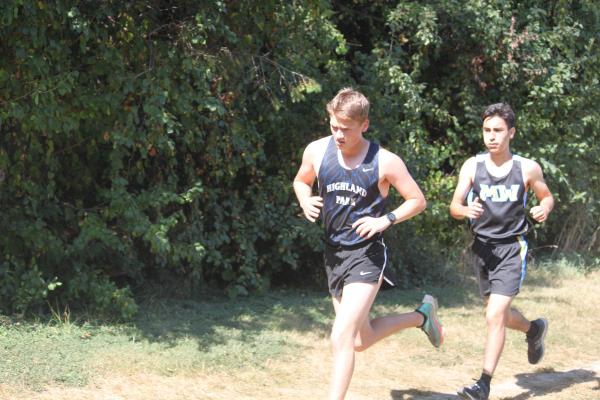 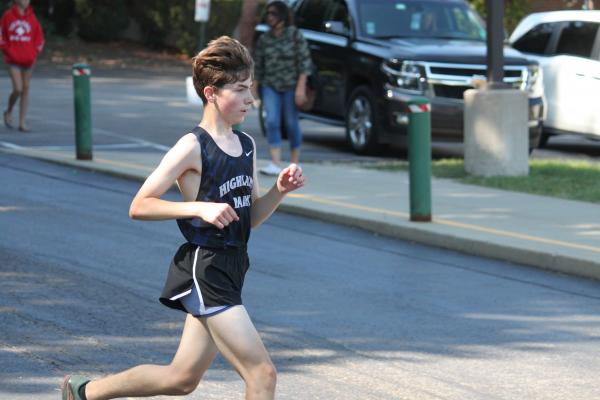 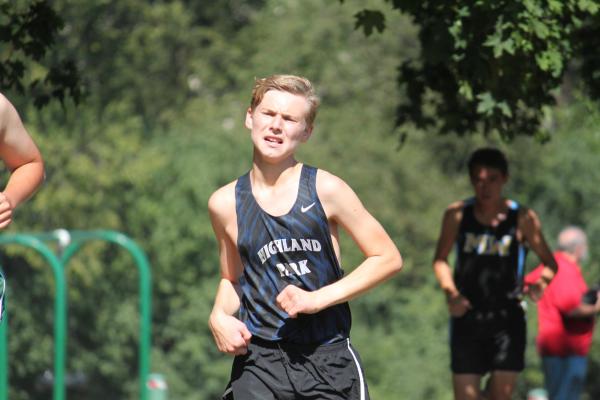 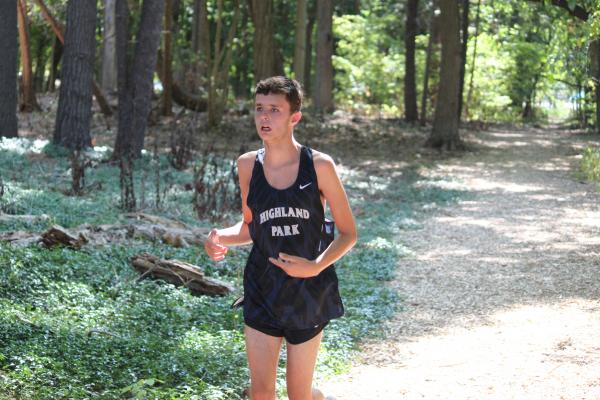