The Giants took a big step forward in their second meet of the season. Nearly every guy on the team that raced 3 miles at the EIU Showdown improved their times from that meet. This was a more challenging course with many more high caliber teams to compete against. HP is getting a taste of what it takes in races to be great as a team.

The first race of the day for the boys was the varsity 3 mile race. Sophomore Nate Wehner continued to show fearlessness in how he races as he found himself right up with the leaders past the mile. Eventually a group of runners began to pull away. Wehner battled tough through the final portion of the race to just miss a top 10 finish at this prestigious invite.  He finished in 12th place with a 15:31.7 to earn a medal and finish as the top sophomore at the meet. The time also ranks as the 6th fastest time ever run by an HPHS runner on this course and the fastest ever HP sophomore by over 20 seconds! 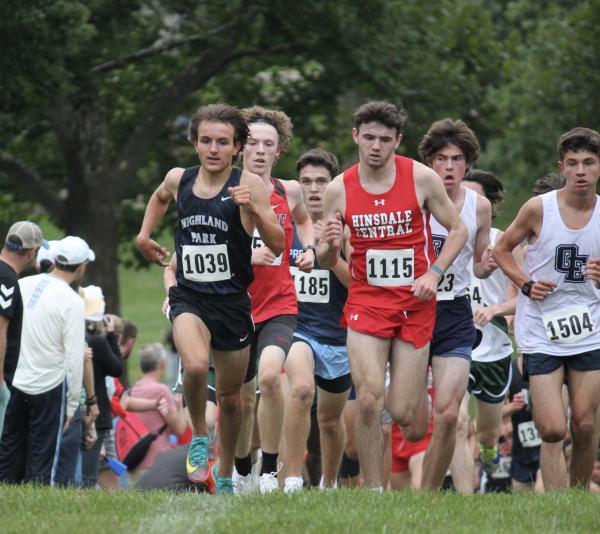 The coaches have talked extensively with the next five runners on the team to work on packing up better in races. In this meet they did a wonderful job of that. The pack includes senior Alex Brown, juniors Angel Zeferino, Alex Bradshaw, and Noah Jackson along with sophomore Barak Goldstein. At the mile this quintet was only 4 seconds apart and only 14 seconds at the 2 mile! At the finish the gap was 29 seconds. They will need to continue to work on getting that gap under 20 seconds. Brown led the way in 77th place at 16:43. Zeferino and Bradshaw both ran lifetime personal best times at 16:49.9 and 16:56.2. This was the first time Bradshaw ran sub 17 minutes! Jackson is still working his way back into form as he ran 17:05.9. Goldstein just missed his all-time personal best with a 17:12.1 that included a strong finish. 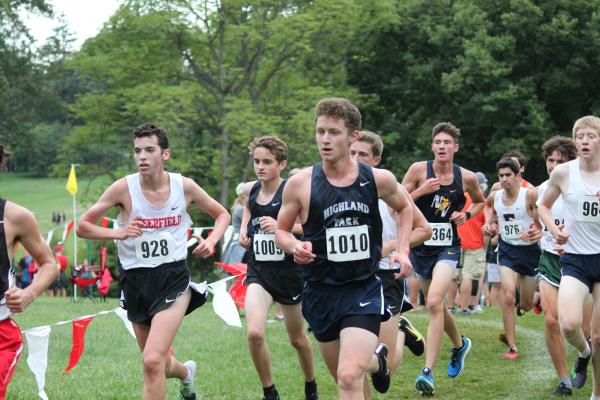 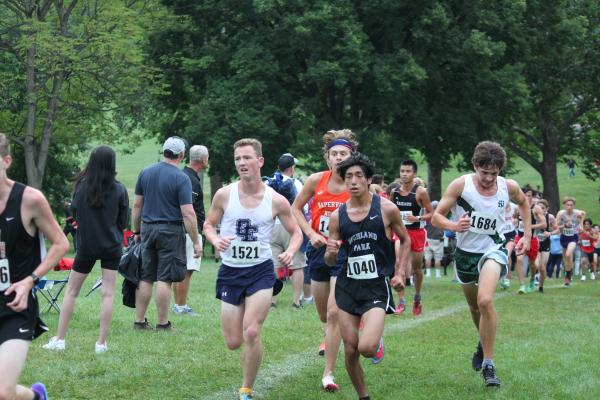 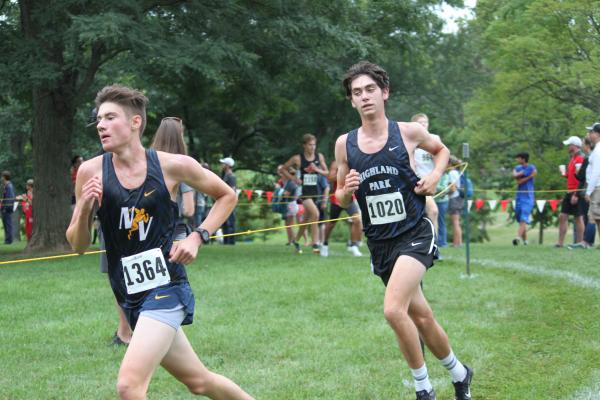 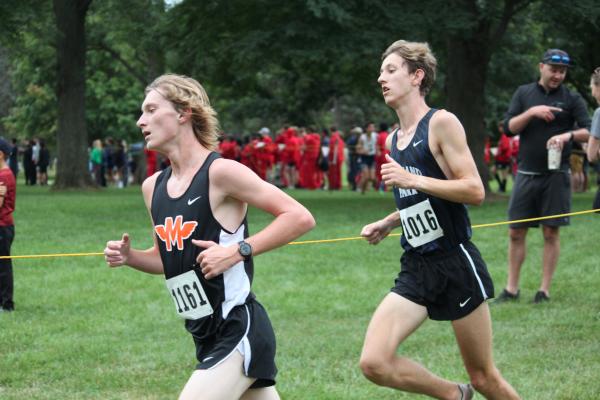 The next pack of four has been also trying to stay tight in races while working their way closer to the group ahead of them. These guys are all sophomores. It includes Doug Anderson, Yonatan Garfinkel, Lukaas Nales, and Nolan Schott. Anderson led the way for this group, running 18:01.7 followed closely by Garfinkel in 18:09.8. Nales finished in 18:36.1 as he battled through some stomach issues. Schott came in with another personal best of 18:39.7. These guys will need to continue to push each other as they battle for a top 7 spot this season and look to help the team continue to be successful the next two years. 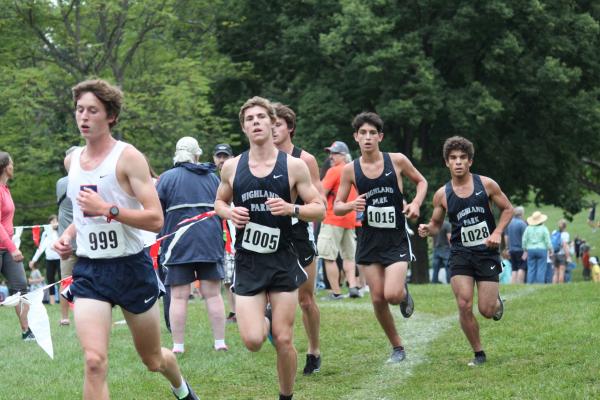 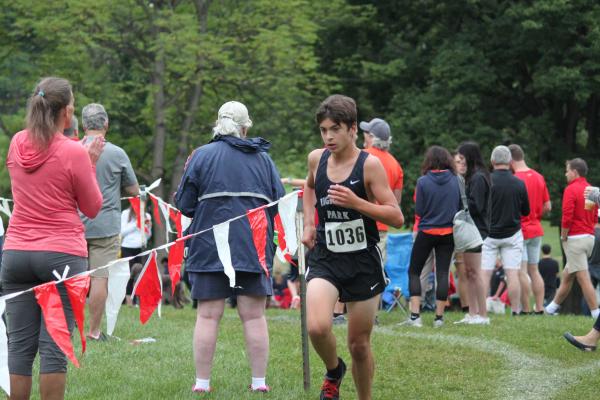 The varsity ended up taking 14th place just behind Deerfield. The team knows that they need to do better to reach their goals this season. The meet gave them a taste of what this team could be capable of if they continue to put in the work and improve in races.

The sophomore 3 mile race was next and despite having several of the team’s top sophomores running in the varsity race, the Giants had some outstanding performances. 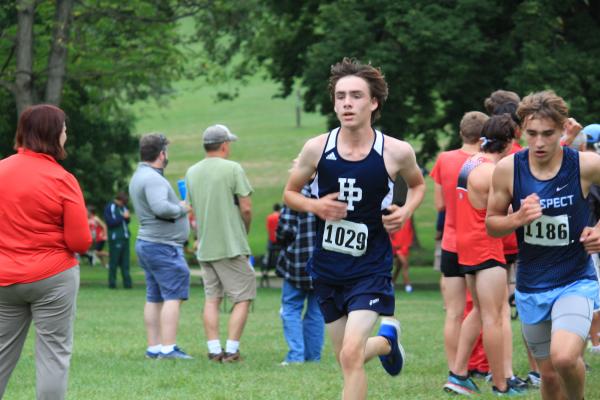 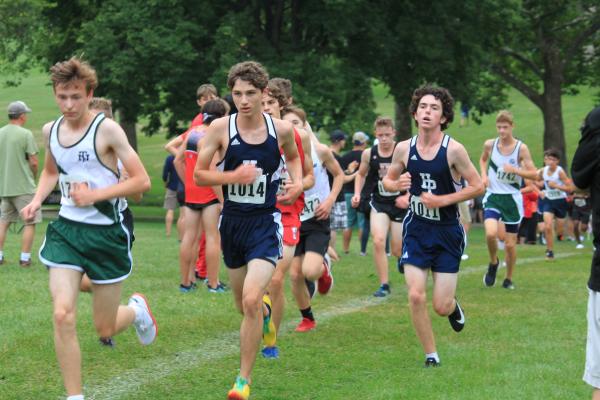 Andrew Kern and Ethan Love worked very well together throughout the race. Kern came across the line with a 39 second PR in 20:27.9 while Love got a 4 second PR with a 20:33.4. 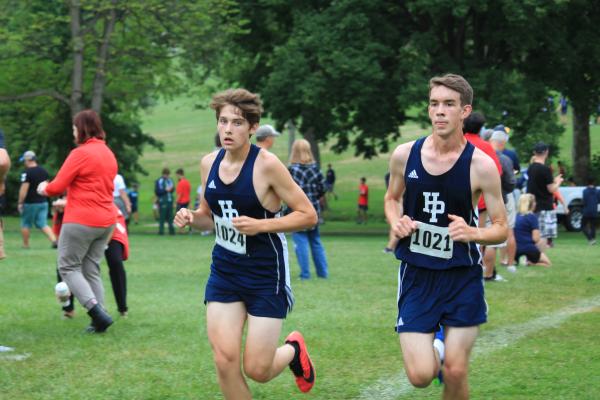 Eddy Picazo was the next runner in for the team in his first 3 mile race ever. He crossed the line in 21:24.9 working hard to pass a few runners in the final stretch. Oliver Baterdene, running his first 3 mile of the season, ran 21:57.4 followed by Tyler Rosenthal in 22:04.2. This was a 2 minute and 5 second improvement for Rosenthal from his race at the EIU Showdown! 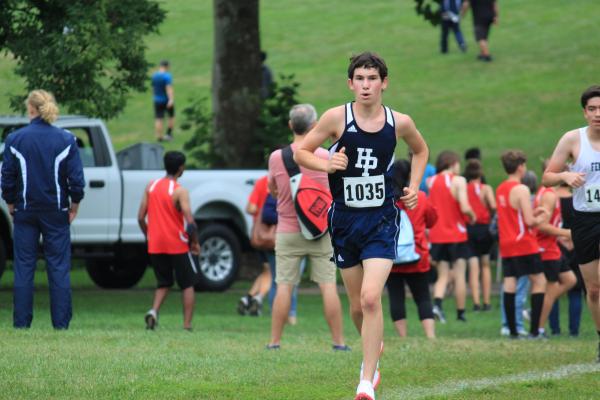 The sophomores are an extremely hard working and talented class for the Giants. They have an opportunity to be one of the best teams HPHS cross county has ever had. They will need to be committed to the training, the extra details, and each other to reach that level of success. They are capable of doing that and the coaches are very excited to see what heights they reach as a team.

The next race was the 1.93 mile freshmen race. HP only had four runners racing as several of the other freshmen are still trying to adjust to the high level of training needed to be successful. The entire team was excited to see what Carter Livermore would be able to do against a competitive field of runners his age. Despite having a restart due to an athlete falling at the beginning of the race due to the mass of runners, Livermore got out great and was near the front. A runner from Chicago Latin pulled away from the field. Livermore battled tough throughout the race and stayed with the next group of runners after the leader. With about ¾ of a mile left in the race, he was in 6th place. By the time he came around with 200 to go, he was now in 4th and outkicked another runner down the stretch to take 3rd place in 10:35.7. This was the 4th fastest freshmen time for an HPHS runner on this course! 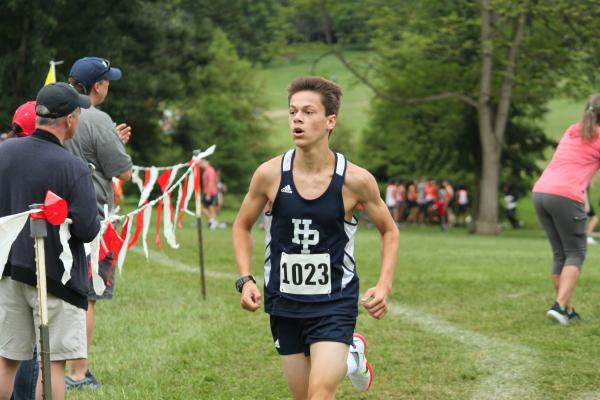 Robby Mendoza competed in his first race of the season and did very well with a 12:49.8. Mateo Diaz was next in running 14:18.3. He went through the first mile in a personal best 7:17! Mason Zoeller, also competing in his first high school meet, ran 16:58.3 for the 1.93 mile course. He went through the mile in 8:28 which is over a minute faster than his timed mile run earlier this season. 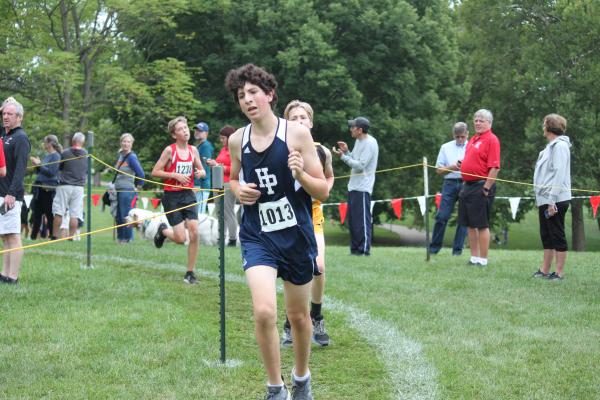 Once all of the freshmen are healthy and racing together, it will be fun to see what they have the potential to accomplish this season and in years to come.

The final race of the day was an open 1.93 mile race. The coaches were disappointed the meet did not offer an open 3 mile race so that these athletes had a distance they could compare to times in previous races. That being said, the Giants in the race competed well. They were led by senior Ted Zinox in 12:21.6. The next four HP runners were juniors. Enrique Lipezker ran 13:05.2, Davide Albiani ran 13:33.4, Ramey Heimgartner came across the line in 14:31.7, and Andrew Arzac crossed the line in 15:00.0. Albiani even ran a PR for his first mile of the race going 7:01. Senior Ethan Nicolaz-Davidson pulled away from a few teammates to finish in 16:57.7. Sophomores Nate McDonagh and Ryan Griffith were next in running 17:08.5 and 17:38.4. Griffith took a risk early and got out in a personal best mile of 8:56. 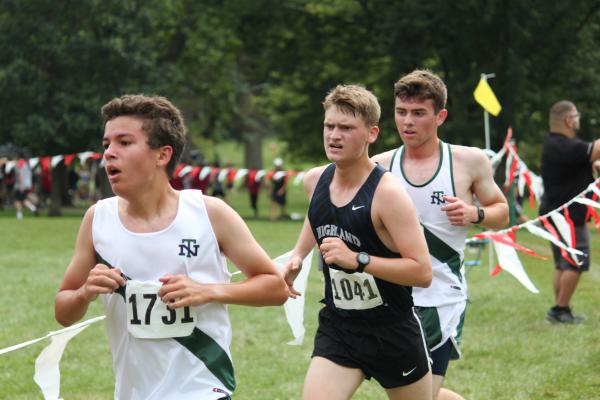 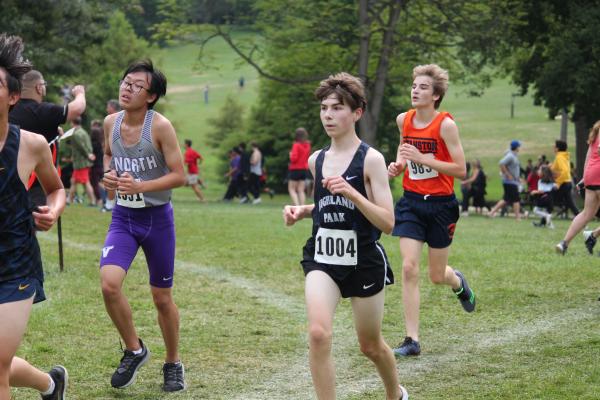 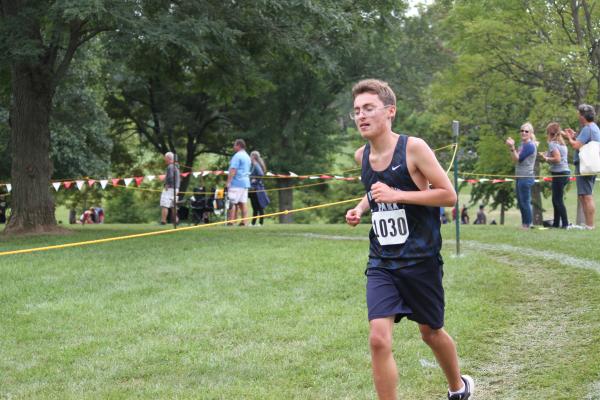 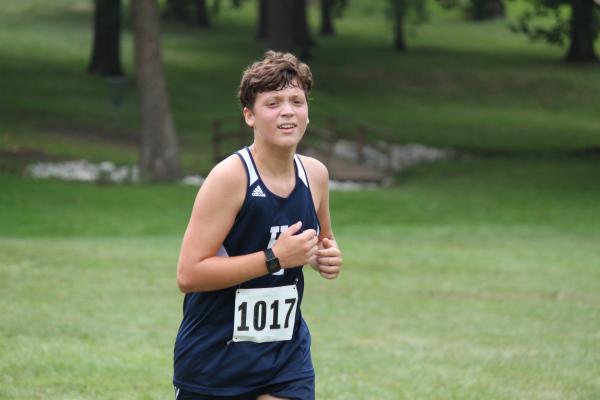 All of the guys in the open battled tough and are looking forward to racing 3 miles so they can better measure the progress they have been making.

Overall, this was a strong meet for the team. It is something to build on. The team knows they have much faster times to run as the season progresses and they step up their training and try to outwork the competition. More breakthroughs to come this season!