Lakes High School organized a Sundown Race Series for the season. Highland Park competed in the third and final meet of the series. This was the first invite for the team and was run in a flighted format. The course was an ideal cross country course with some rolling hills and fun terrain.

Sophomore Alex Bradshaw and freshman Barak Goldstein were in the first flight. Bradshaw got out very well through the mile (5:23) while Goldstein was several seconds back. As the race progressed Bradshaw was in 7th place and finished there with a 17:32.5. Goldstein held off a runner from Grant to take 12th in 18:07.7. 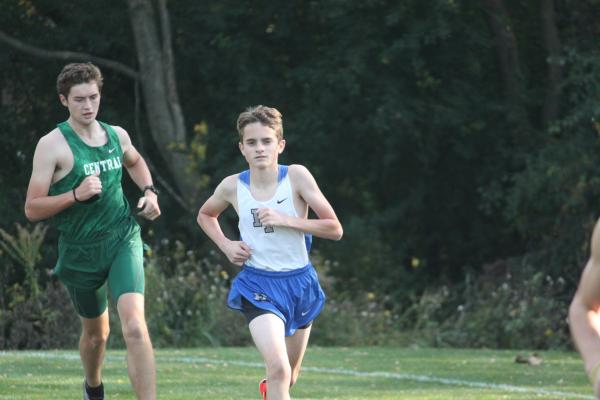 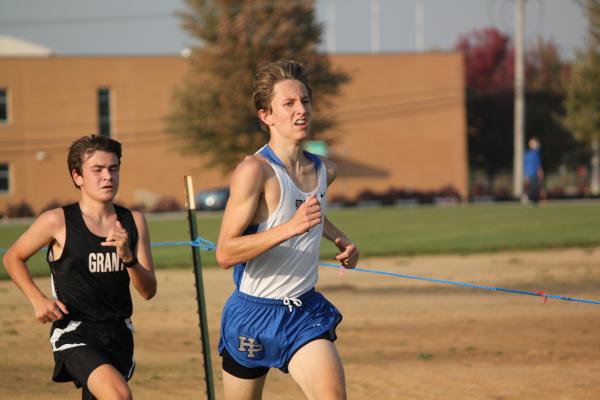 Sophomores Noah Jackson and Angel Zeferino worked together through the mile crossing in 5:22. After that, Jackson maintained position as Zeferino faded back several places. A strong last mile by Jackson put him in 7th place in 17:07.8. Zeferino finished in 12th place with a time of 17:50.6. 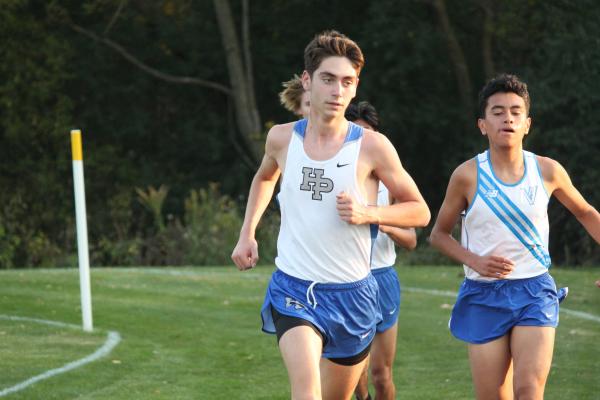 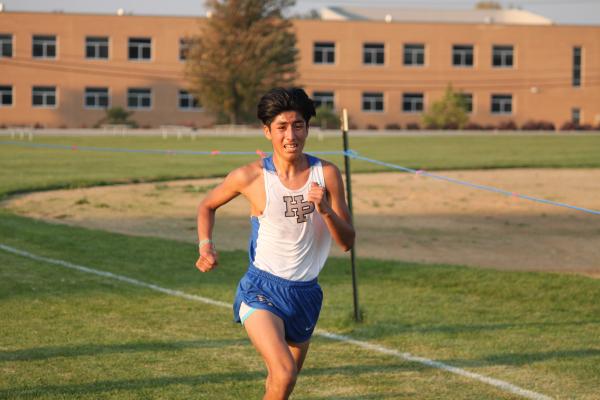 Junior Alex Brown and senior Erik Anderson were in this flight together and were close together through the mile in 5:16 and 5:18. At that point in the race, Brown was able to maintain position and gain some ground on the runner ahead of him. He finished in 7th place with a time of 16:37.9. Anderson had some struggles late in the race but held on for 13th place running 17:10.5. 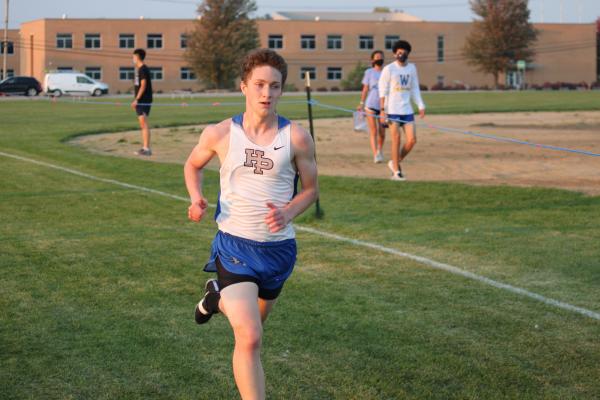 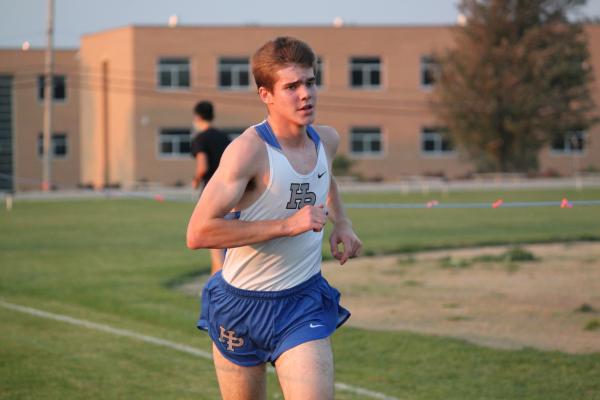 This flight included several of the top area runners. Senior Jason Polydoris looked to establish himself early as he led past the first half mile of the race. Freshman Nate Wehner hung on to the back of the lead pack. At the mile both Polydoris and Wehner came through in 4:58. At that point, both runners fell back off the leaders. As they came through the 2 mile, it was evident that Polydoris was not having a good race. Wehner was still trying to hang on to Deerfield’s number 2 runner a bit back from Polydoris. With about a half mile to go, Polydoris was fading and Wehner started to move closer. The DF runner and Wehner passed Polydoris and with just over 400 meters to go, Wehner made another big move. He went by Deerfield’s number two and finished in 15:43.3 for 6th place. This was an incredible race, especially for a freshman. Polydoris came across in 15:50.4 for 8th place and will look to bounce back from at the conference meet after a disappointing performance. 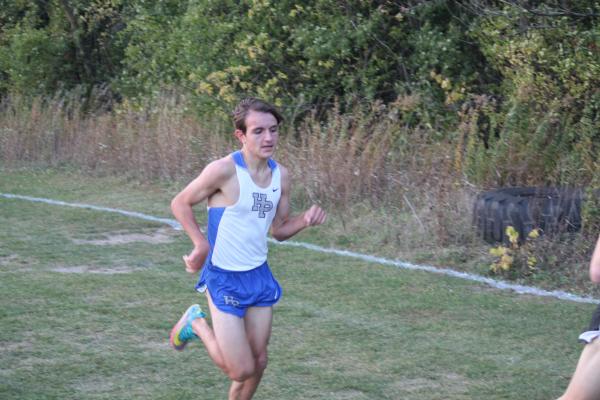 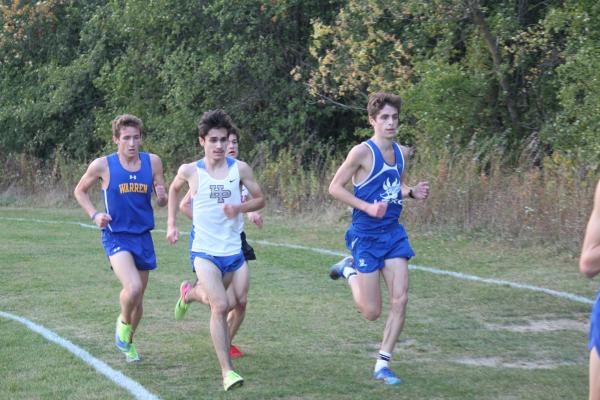 HP ended up taking 4th place behind Lake Zurich, Warren, and Deerfield. These are three very strong teams that the Giants are looking to be able to compete with. It will take every guy being at his best on the same day and a continued focus on doing what it takes to train and race at a high level.