The Giants faced off against Maine West in the 3rd CSL North Dual Meet of the season. The meet was at Maine West High School. This was the first meet the team was at that allowed spectators. It was nice to have some wonderful support from our HPrunning families!

The first race was 2.15 miles. Freshman Lucaas Nales and Yonatan Garfinkel got out well for HP and were in 1st and 3rd from early in the race. Nales ran a superb tactical race as he battled with a runner from Maine West. In the end, his strong finishing kick gave him his first win of the season in 13:02. 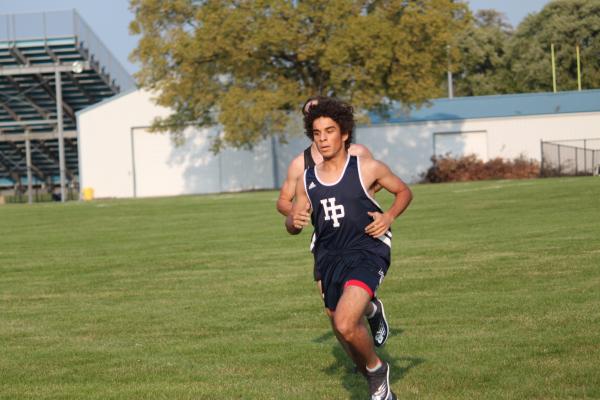 Garfinkel also had a strong race to take 3rd place in 13:16. 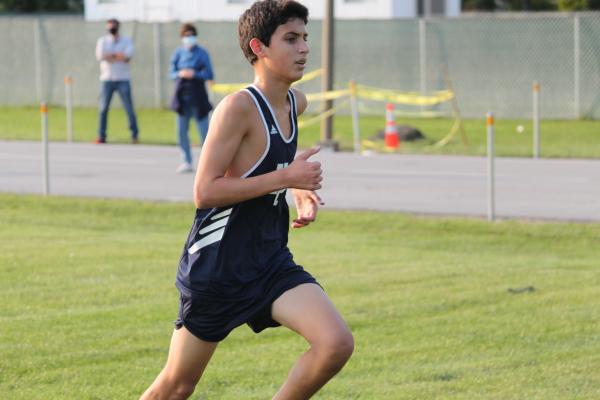 Next in for the Giants was freshman Oliver Baterdene. He battled tough and pulled away from a Maine West runner to give the team a chance to win by taking 6th place in 14:31. 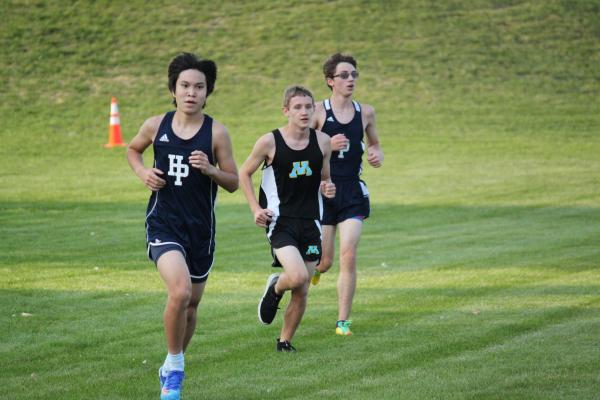 Freshman Connor Edelstein also ran well to finish in 9th place. Sophomore Finn Davis had a great finish to take 10th in his first race of the season due to some lower leg pains. 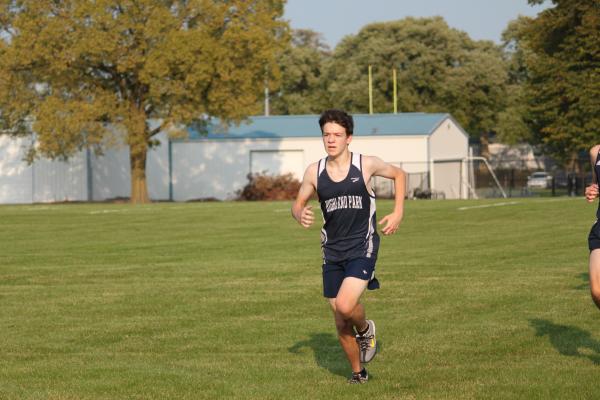 Freshman Andrew Kern came across the line in 13th place with another solid performance. Sophomore Ramey Heimgartner (15th place) crushed the time he ran last year on this same course by running over 3 minutes faster than last year!! 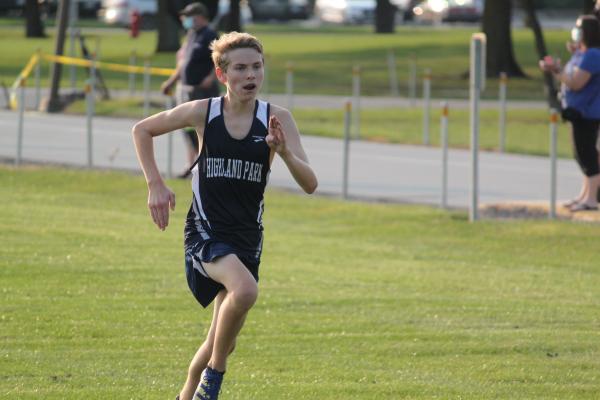 Freshman Jack Marcus continues to improve as he came in 17th place. Ethan Nicolaz-Davidson took a wrong turn on the course so his time from last year could not be compared. Maine West ended up winning 26-29 in a close team race.

The varsity race featured a strong top 3 runners from Maine West. The race got out slow and overall, HP did not have the times they were hoping for, especially for those that raced on the same course last year. That being said, the Giants still had some strong efforts. Up front, senior Jason Polydoris and freshman Nate Wehner pulled away from all but one runner in the field. The Maine West runner stuck right with the duo until the final 400 meters. At that point Polydoris took control and hung on to the lead just ahead of the fast finishing Wehner (15:50 and 15:51). Wehner continued to display his toughness and just missed his personal best time by 1 second despite running on a slower course. 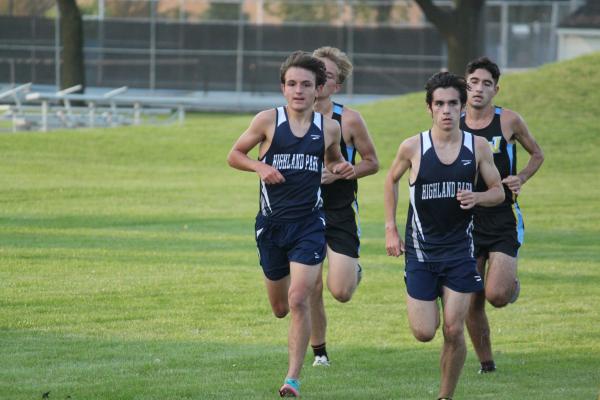 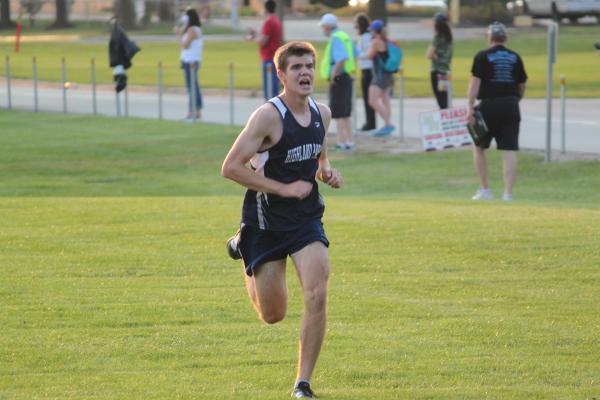 Junior Alex Brown lost contact with Anderson but still finished in 6th place. Sophomores were the next three finishers for the Giants as Noah Jackson, Alex Bradshaw, and Angel Zeferino were 8th, 10th, and 11th with times under 18 minutes. 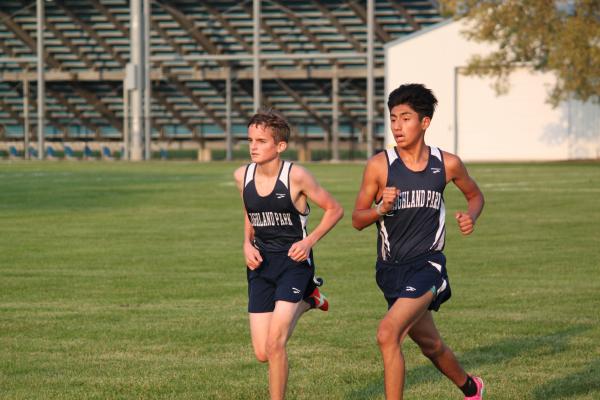 Senior Max Friedman was next across the line as freshman Barak Goldstein held off the late charging sophomore Noah Apley with the same time (18:35). 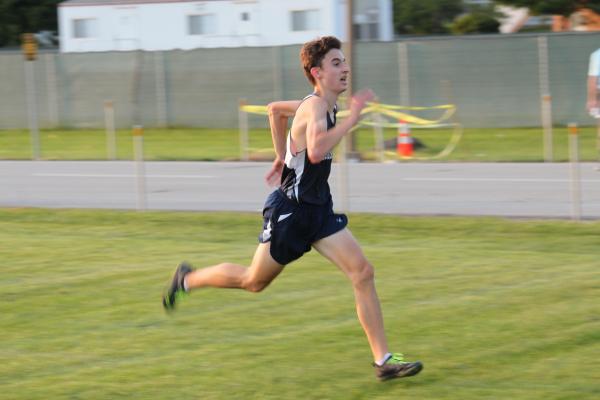 Senior Jason Werneth had a rough day and finished just behind them in 18:39. Freshman Doug Anderson raced well to be top 12 for the team and 18th overall. Junior RJ Guhl continues to improve in his second race back from a back issue. Senior Max Laky had another good race to run right around 20 minutes for the second meet in a row. 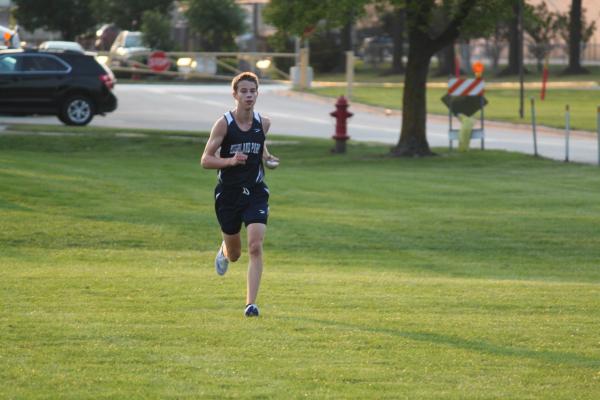 Freshman Nolan Schott asked to run in the 3 mile race and battled tough throughout the race and finished just in front of senior Ari Kaden. Freshman Alex Rosen had a solid race as well to finish in the top 25 with a 24th place finish in 20:59. Senior Alex Kelley had a strong final kick to pass junior teammate Eli Leshtz as they crossed the line in 22:31 and 22:36. 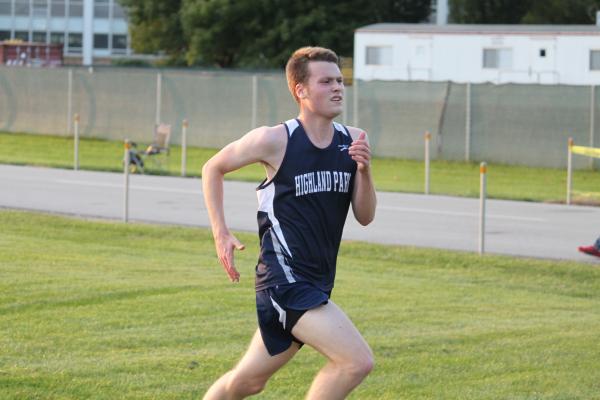 Junior Gabe Ramos ran his second fastest time of the season in 22:58. Freshman Nate McDonagh ended up having a last minute switch to run in the 3 mile race. He handled it well and finished with a strong final sprint. HP won the varsity race 22-35.

Even though the team took the victory, it was not a performance that will put them in a position to compete for a conference championship. In particular, the team’s 3-7 runners must perform better. Each of those runners and the ones that are behind them trying to earn a top 7 spot have to step up and take more of a risk in the upcoming meets and believe in their abilities to stay with the top runners in the conference. The entire team will continue to work hard and focus on doing their best each day.