The Giants finally had the opportunity to compete on the new home course at Fink Park. The meet was against Vernon Hills on a windy and warm evening. The team was hoping for fast times and another victory in a CSL Dual Meet this season.

The 2 Mile Race got out quick with freshmen Doug Anderson and Lukaas Nalas at the front with two Vernon Hills runners. As the race progressed, Anderson found himself 5 seconds behind a Vernon Hills runner with 400 meters to go. Down the final stretch Anderson flew by his opponent to win his second race of the season in a personal best 11:32. Nalas held on to run a strong 11:52 to take 3rd place. The next six runners in for Highland Park were all freshmen. Yonatan Garfinkel ran well as he completed the course in 12:11 to take 5th place and was the 3rd freshman in the race. Nolan Schott was 7th place with a 13:09. Oliver Baterdene and Alex Rosen both ran well to finish in the top 10 in 13:32 and 13:34 for 8th and 9th. Connor Edelstein came across the line with a 13:58 for 11th place to just miss the top 10 by two seconds. Andrew Kern had a great race and held off a Vernon Hills runner to take 12th in 14:38. 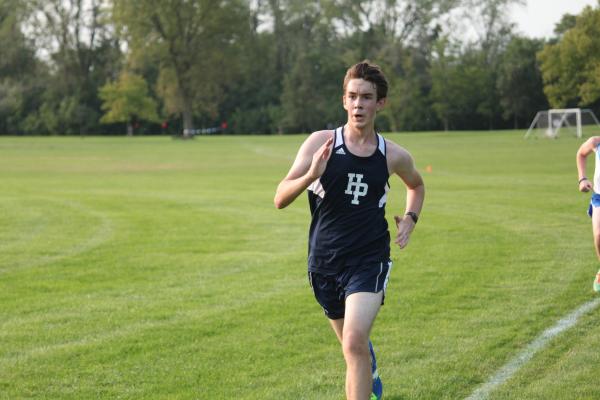 Next in for the Giants was a pack of sophomores that worked well together throughout the race. Andrew Arzac showed his toughness at the finish and took 15th in 14:44. Ramey Heimgartner continues to show huge improvement from last year to take 16th place in 14:45. Enrique Lipezker raced in his first meet of the season to take 17th in 14:56. 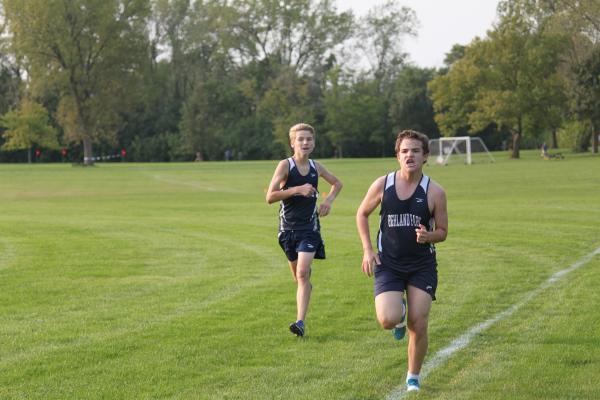 Freshmen Nate McDonagh and Jack Marcus both ran well and finished with the same time of 16:20. McDonagh was one of only a few people to run a faster second mile in the race. Junior Ethan Nicolaz-Davidson had a strong finish to run an 18:09. HP won the race with a score of 24 compared to 34 points by Vernon Hills.

The Varsity 3 Mile Race went out fast as senior Jason Polydoris went through the mile in 4:53 to separate himself from the field. He went on to easily win in 15:15. Freshman Nate Wehner ran most of the race by himself to finish in 2nd place with a 16:03. 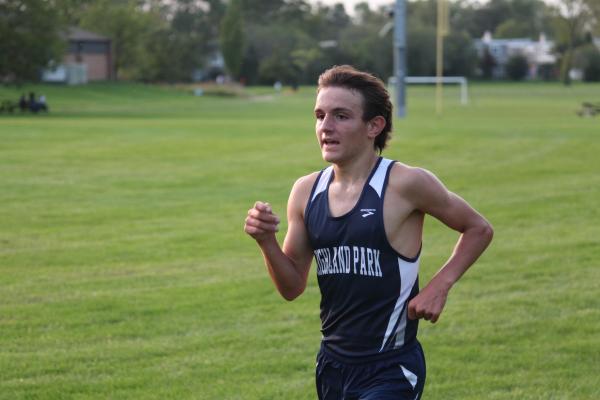 Junior Alex Brown took 4th place in 16:23 while senior Erik Anderson was 5th in 16:31. Both of these runners will look to finish ahead of the Vernon Hills runner in 3rd the next time they race. One of the biggest performances of the day was by sophomore Noah Jackson. He ran a big personal best as he broke 17 for the first time to take 6th place in 16:44. After two more Vernon Hills runners crossed the line, HP had a pack finish in 9th-11th as they held off a Vernon Hills runner. The pack included sophomore Angel Zeferino (17:18), senior Jason Werneth (17:19), and sophomore Alex Bradshaw (17:20). This pack needs to continue to work to close the gap on Jackson to help make the team even stronger. 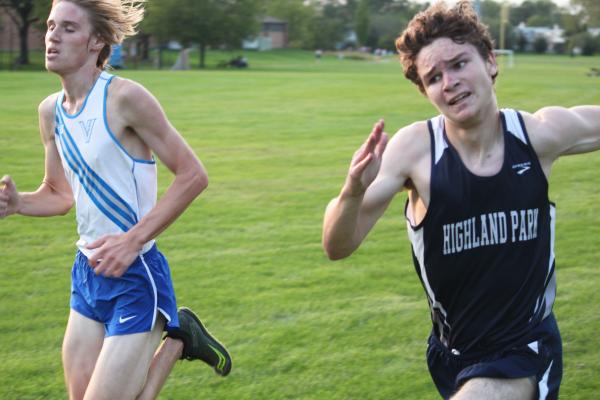 Freshman Barak Goldstein had a solid race in 17:56. Next in was senior Max Friedman with an 18:08 and sophomore Noah Apley in 18:19. Junior RJ Guhl was racing in his first meet of the season and ran a solid 18:57. 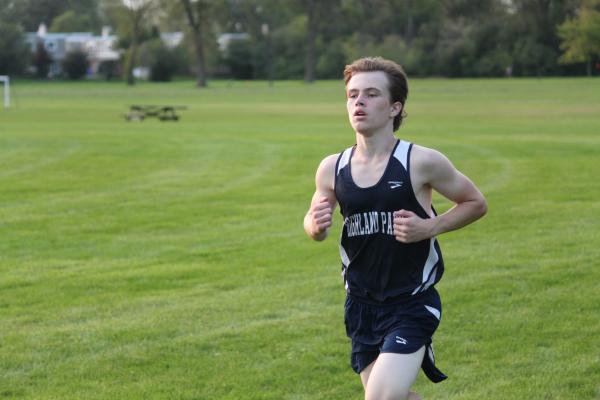 Juniors Alejandro Seiden and Ted Zinox were the next HP runners to finish as they ran 19:38 and 19:45. Seniors Ari Kaden and Max Laky ran well. Kaden ran a season best going under 20 minutes for the first time this season. Laky ran 2:33 seconds faster then he did at the Grant Meet! Junior Pierce Romo competed in his first race of the season to run 20:19. Seniors Albert Klayman and Alex Kelley were the next two HP runners with times of 20:51 and 21:27. Juniors Gabriel Ramos and Eli Leshtz came in at 22:40 and 22:48. This was another big improvement for Ramos, running 50 seconds faster and Leshtz battled tough throughout the race despite a toe injury. 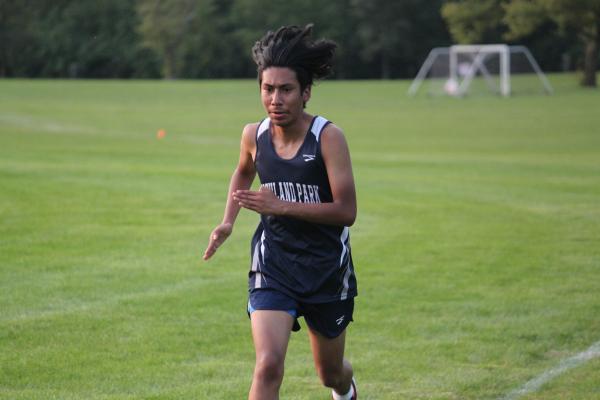 The Giants won the meet 18-41 over Vernon Hills.

The team continues to show improvement as they have been working hard this season. They know much improvement is still needed to win the conference championship. Every team member will have to commit to doing their part to not only work hard, but also do all of the extra things necessary to be the best runner they can be.