Polydoris Qualifies For 3A State Cross Country Meet For The Second Year In A Row!

Highland Park had three runners competing at the 2019 IHSA 3A Hoffman Estates Sectional Meet. Due to snow and rain during the week, the course was a mess with mud and water throughout much of the course. The Giants were excited to take on the challenging conditions.

Junior Jason Polydoris was determined to qualify for the State Meet for the second year in a row. He got out very well and was in position with the main pack as race favorite, Hersey’s Josh Methner, broke away from the field. 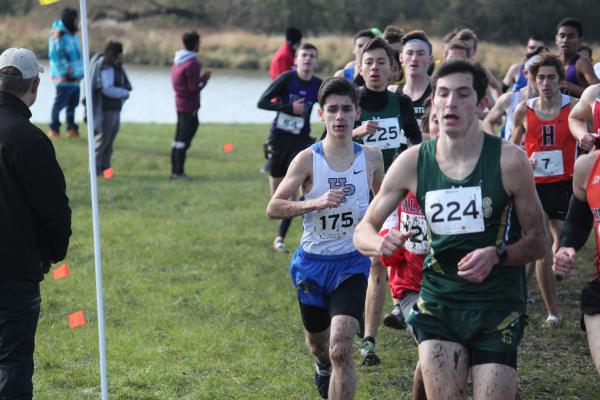 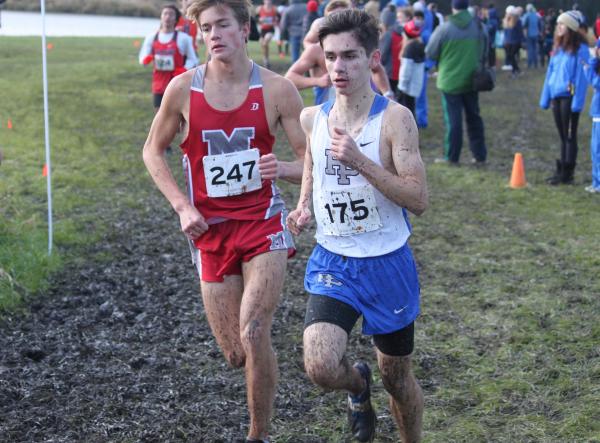 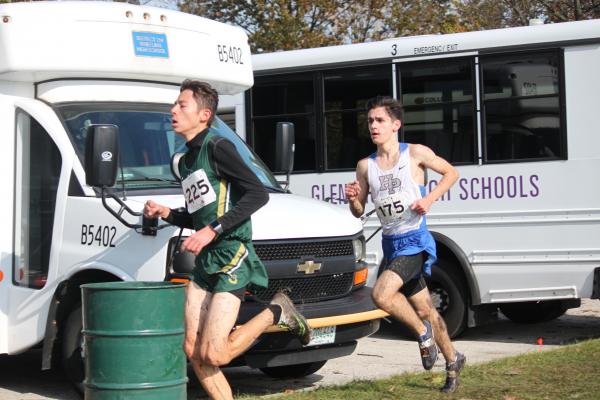 Coming down the final stretch, Jason was passed by a runner from Mundelein and a runner from Stevenson. He put on one final burst of speed to catch the Stevenson runner and take 3rd place overall. 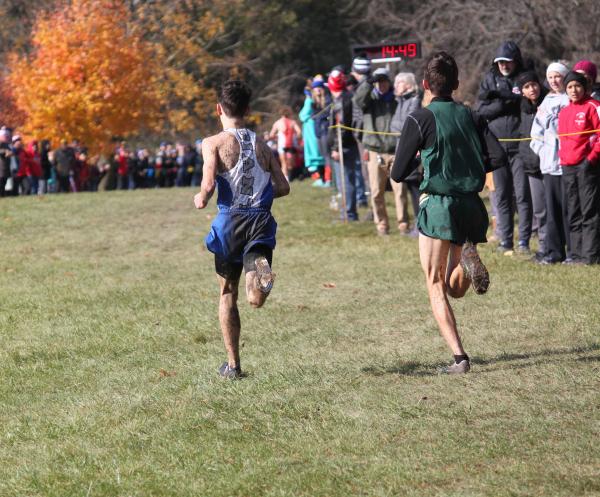 His time on the slow muddy 3 mile course was 15:34.7 and was 1.1 seconds behind 2nd place. This was an incredible race and earned him a Sectional Medal and another trip to the IHSA 3A State Cross Country Meet. He was the top junior in the race. 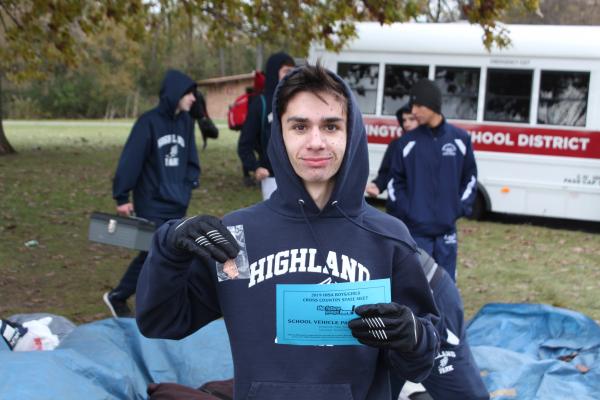 With Jason qualifying for the State Meet, this makes it 10 straight years in which the HP boys program has had a team or individual qualify for the State Meet from this tough Sectional. The only other school that has been able to do the same these past 10 years is Lake Zurich (they have qualified as a team 12 straight years!). This is an incredible streak for the Giants considering all of the amazing cross country programs that compete at this Sectional. Jason is now focused on going to Detweiller and earning an All-State medal (top 25). 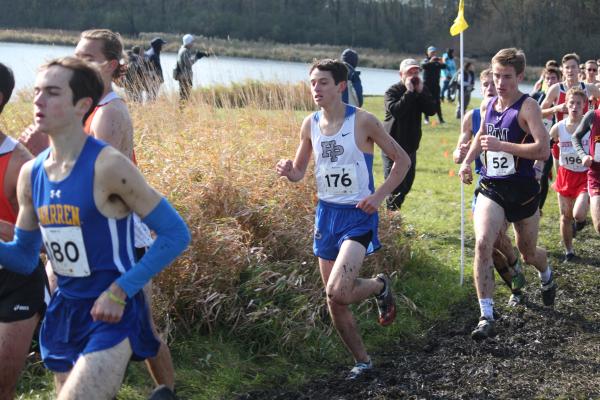 After that he was able to move up a few more places with his focus on catching the top runner from Deerfield. All season long Corey has been trying to beat the top 3 runners from Deerfield. This meet he was ahead of all but one Deerfield runner going into the final mile. 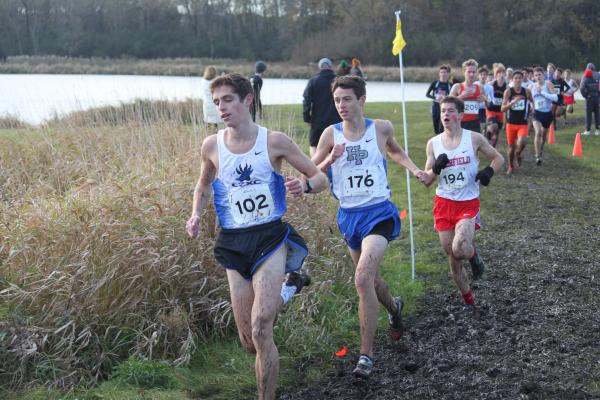 He closed to within 4 seconds of their top runner, but could not catch him. 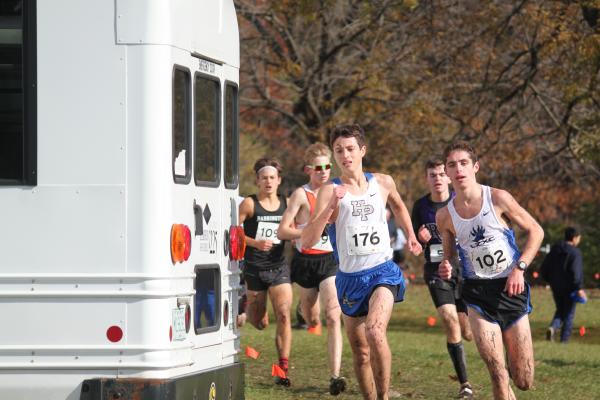 Corey still ran a tremendous race and finished in 31st place with a time of 16:20.7. This was a great way to end his high school cross country career (only 2 years) and a spectacular season. It will be a thrill to watch Corey compete this track season. 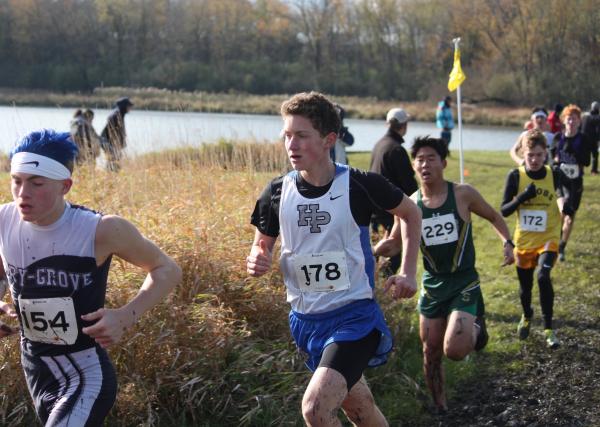 Alex struggled to get out well through the first mile. At this point in the race he was in about 116th place. Alex did not give up and he pushed through the remainder of the race, passing nearly 30 runners to finish in 89th place. 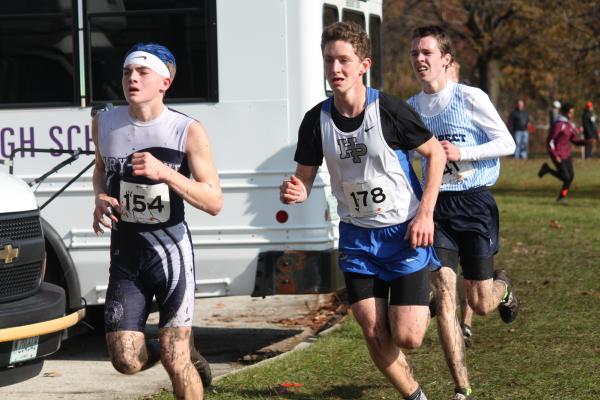 This was not the race Alex was hoping for, but it should motivate him to prepare and race with more of a sense of urgency and determination. These first two seasons of cross country for Alex have taught him a great deal and will help him to be even more successful in future seasons. 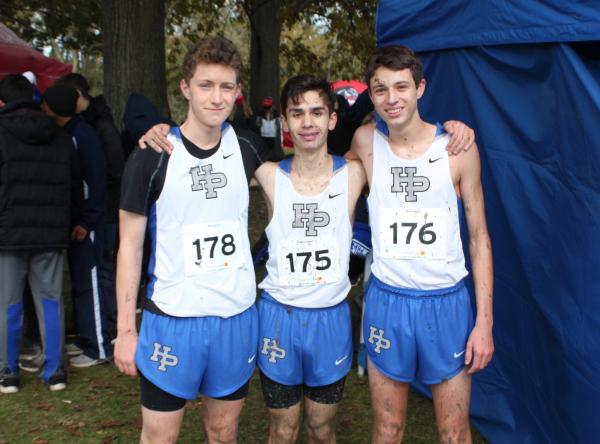 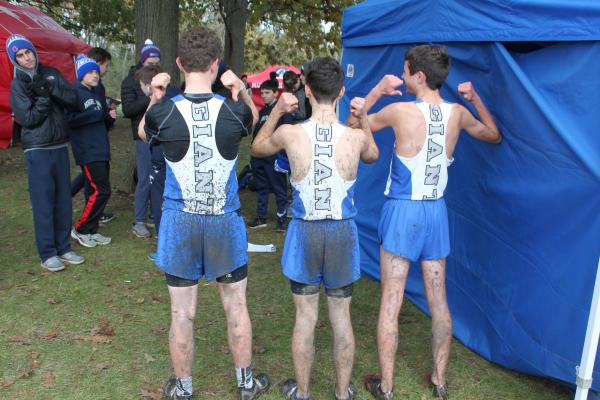 All three of these runners have been able to show their teammates how to "raise the bar". They have the three highest mileages on the team with combined summer and season mileage. This hard work has resulted in their success this season. Hopefully, that will inspire their returning teammates to do the same and train as a team this summer so that HP can get back to Sectionals and State as a TEAM. Go Giants!