Those HP runners not in the top 7 competed in the Prospect Invite or the Buffalo Grove Race Car Rally.

Three Giants earned trophies at the Prospect Invite. The team was led by junior Jason Werneth’s fourth place finish. He completed the 3 mile course in 17:16. He was followed by senior Dylan Pearson. Pearson finished in 9th place with a time of 17:31. Senior Eduardo Monk had an impressive race to end his first ever high school cross country season. He ran under 18 minutes for the first time with a 17:55 to earn 22nd place. The team was rounded out by Ryan Rosenfeld (19:09), Ari Kaden (19:42), Max Kaplan (19:51), and Max Laky (22:39). HP ended up finishing in 5th place. 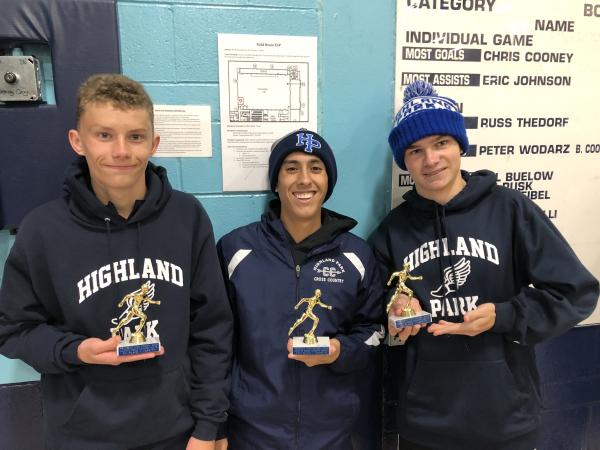 At the Buffalo Grove Race Car Rally, the freshmen were led by Alex Bradshaw and Angel Zeferino in 30th and 33rd place. Noah Jackson and Noah Apley also finished in the top 45 (36th and 45th).

The sophomores were led by Ted Zinox in 72nd place.

These meets were a fun and positive way for many of our athletes to end their season. Much to look forward to this track and field season and next fall for cross country!