The Libertyville Invite takes place at Adler Park. It provides a true cross country course that challenges runners both physically and mentally. It is not the type of course that runners get fast times on. The HP team did not have everyone competing due to various reasons. Those that had the opportunity to compete had some strong performances at the meet.

In the frosh-soph race, HP sophomores Dylan Dominguez and Brian Hatoum got out well. They were both up near the front pack of the race. By the 2nd mile Dominguez put some distance on Hatoum with both still battling for top 10 finishes. Dominguez had a great race and finished in 7th place with a time of 17:57.10. Hatoum gained a few seconds in the last mile and finished in 18:08.92 for 11th place. This earned both runners medals. 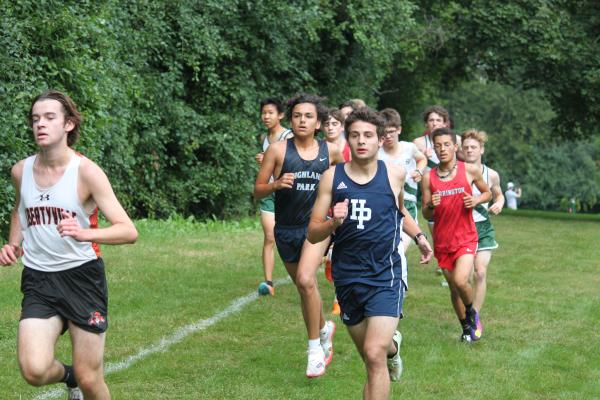 Sophomore Robby Mendoza had a solid race as he was the team’s next finisher. He crossed the line in 50th place with a time of 20:39.61. This was 1:09 faster than he ran last year at this meet. 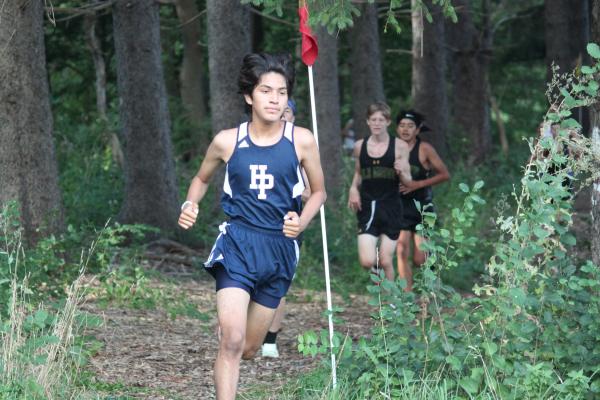 Freshmen Moss Roberts and Henry Gamson worked together throughout the race and did a solid job moving up throughout. In the end, Roberts ran a 20:55.42 while Gamson crossed the line in 21:00.83. 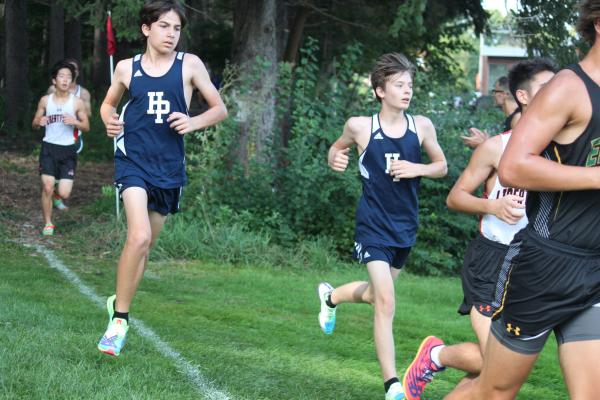 Freshman Harvey Hayes had a slower start then some of his teammates, but really worked hard to move up throughout the race. He ended up finishing in 22:45.80. 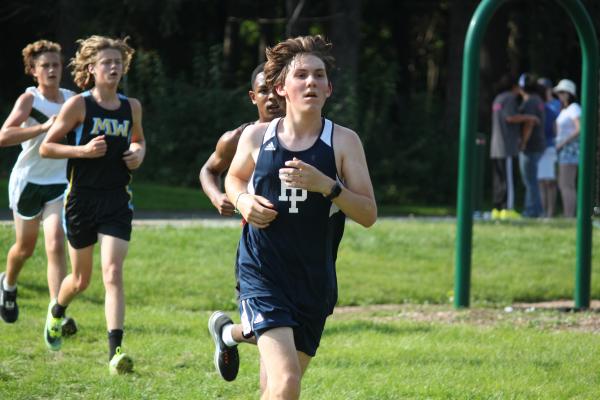 Freshman Lowell Redmond had a good race as he was more aggressive from the start. He ended up finishing in 23:00.40. Not far behind him was sophomore Mateo Diaz running 2:18 faster than he did last year on this course. He came across the finish line in 23:07.24. Another several seconds back was freshman Logan Liu. He battled to a solid 23:13.24 on the challenging course. Then, just over 10 seconds back from Liu, sophomore Mason Zoeller finished in 23:23.36. This was 3:13 faster than his time from last season at this meet. 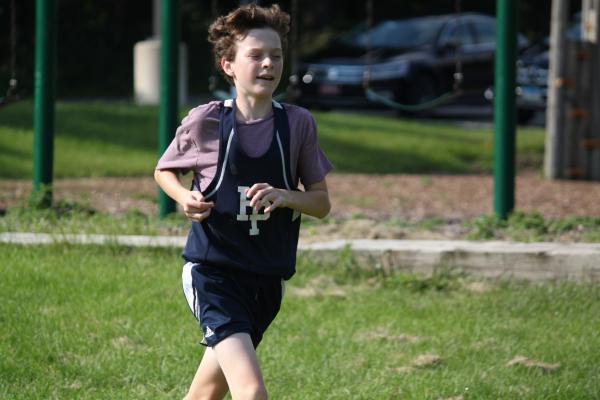 Sophomore Charlie Ludington started well, but had some struggles later in the race. He pushed through and ran a 24:04.51. Freshman Ethan Glovsky battled through an ankle injury to come across the finish in 24:57.10.

The duo of sophomore Luke Byrnes and freshman Noah Carson worked together throughout the race to push each other to do their best. In the end, Byrnes came in at 26:23.92 and Carson finished in 26:28.12. They were a great example of team running. 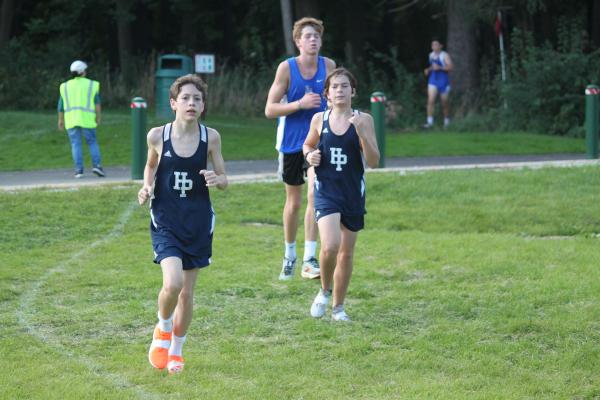 The frosh-soph team came in 4th place overall against some good programs. 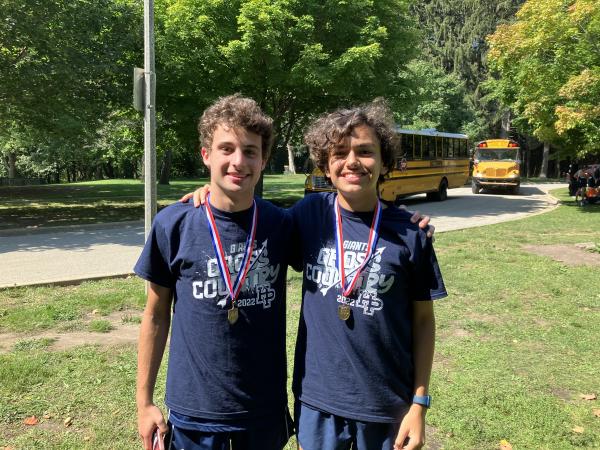 In the varsity race, junior Nate Wehner took the lead shortly after the 400 and never looked back. He ended up winning the race by 34 seconds! He finished in 16:14.0. 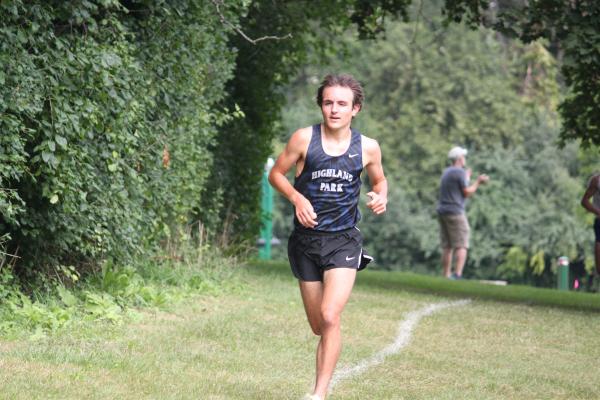 Senior Noah Jackson had his best race of the season as he finished in 6th place with a time of 17:10.76. This was 11 seconds faster than last season at this meet. The team will continue to need strong performances like this from Jackson to help reach the team goals. 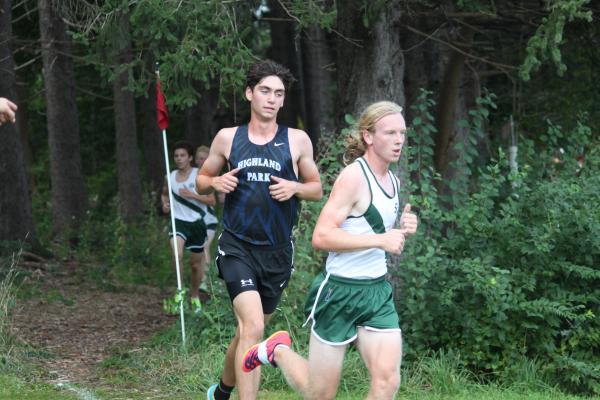 Junior Barak Goldstein did not have his best race, but was still 6 seconds faster than last year. He took 13th place in 17:43.68.

The next 3 finishers for HP were only 12 seconds apart. Junior Lukaas Nales came in 19th place at 18:06.05 (17 seconds faster than last season at this meet). Senior Alex Bradshaw battled to a 22nd place finish in 18:16.65. Junior Robert Oboza continues to be a great addition to varsity this season with a 23rd place finish with a time of 18:18.79. 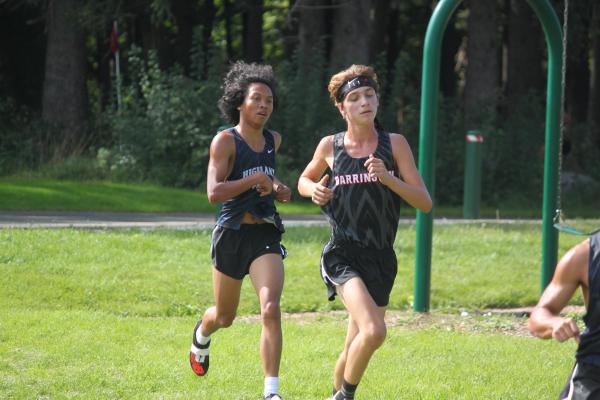 The varsity ended up finishing in 2nd place overall. 6 Giants earned medals in the race. The team is hoping to be at full strength soon so they can improve on this team performance. 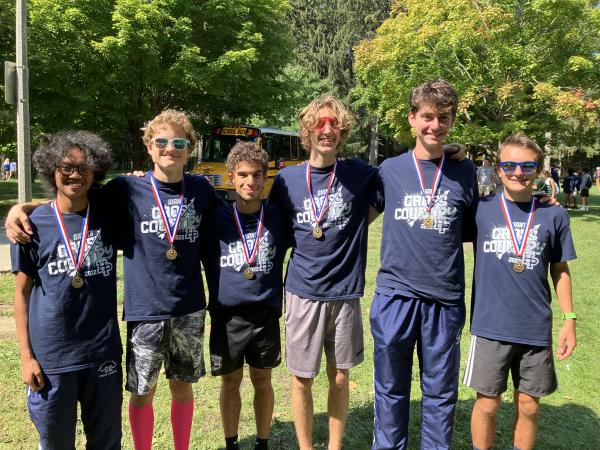 The final race of the day was the JV race. Junior Connor Edelstein led the way for the Giants with a 12th place finish. He ran 19:49.70. 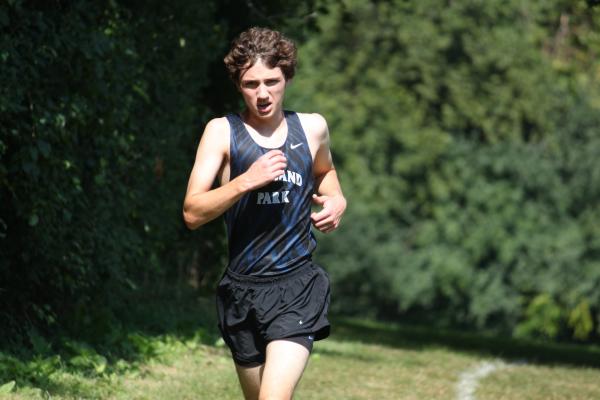 Junior Oliver Baterdene had a tremendous race. He was 1:48 faster than he was last year at this race. He finished in 20:47.31 to take 20th place. 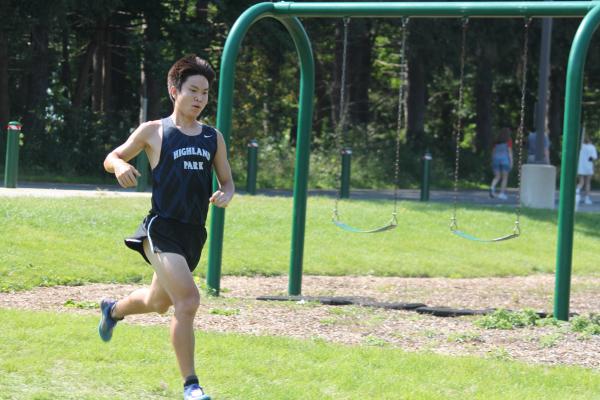 Junior Tyler Rosenfeld also had a great race to take an impressive 23rd place. He ran 21:27.27, which was 58 seconds faster than last season. 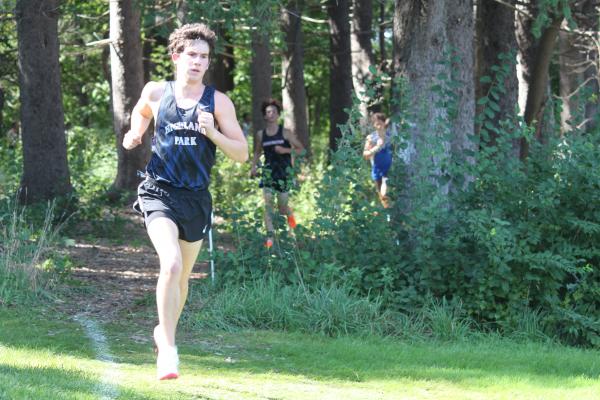 Senior Davide Albiani also had significant improvement from last year as he was 46 seconds faster. He finished in 26th place at 21:39.61.

Junior Eddy Picazo has been dealing with a hip injury issue, but still fought hard and ran 22:18.85.

Senior Ramey Heimgartner ran 1:34 faster than last season on this course. He came across the finish line running 22:30.93. 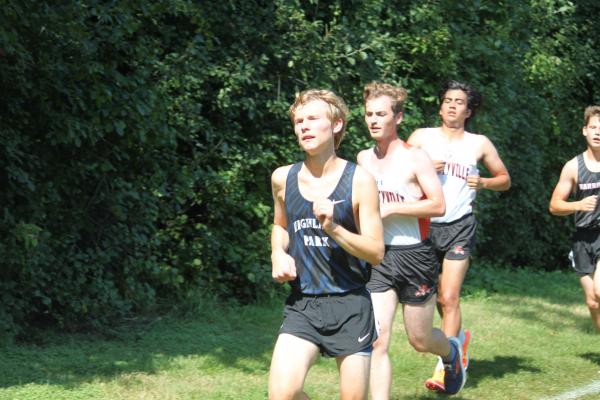 Senior Marco Schulze had a big improvement from last year as well. He was 1:34 faster than what he ran last season. He finished in 28:30.41 with a kick to pass another runner down the final stretch. 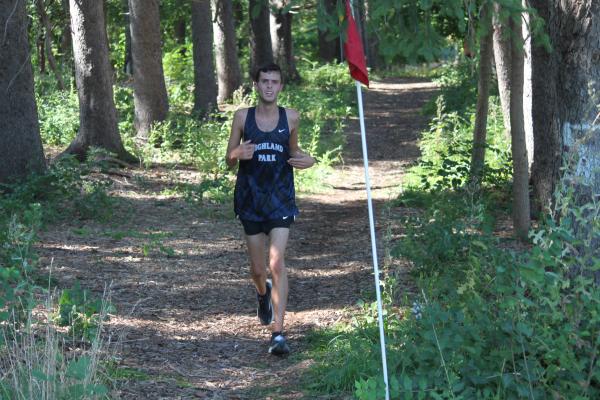 The JV ended up taking 3rd place overall. The top 4 HP finishers all earned awards for finishing in the top 30. 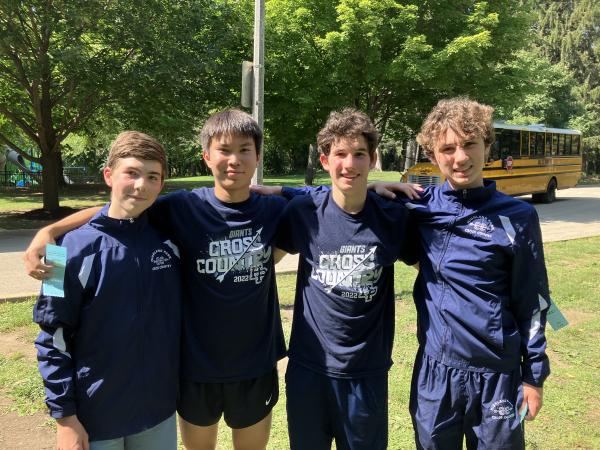 The entire team is looking for breakthrough races this coming Tuesday at Deerfield. They will need to be focused and ready to compete in the quad meet.