The Niles North Dan Horyn Invite was scheduled for Friday, but due to predicted heavy rain and severe thunderstorms, it was moved to Saturday. The team performed well on a hot and windy day.

This invite allowed for field event competitors in varsity, frosh-soph, and a JV division. 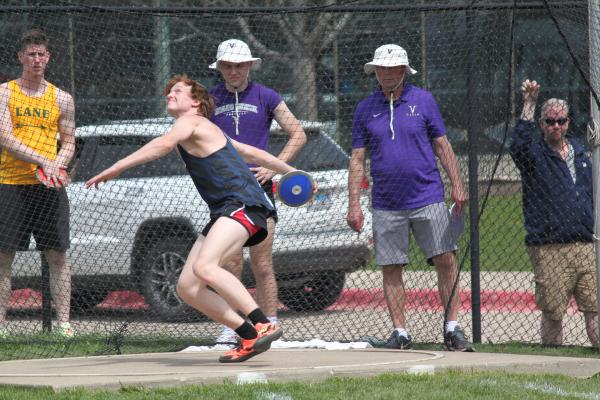 Derbedyenyev also had an outdoor personal best in the high jump at 5’3.75”. Junior Christian Billetdeaux cleared 5’1.75” which is just a little off his best. 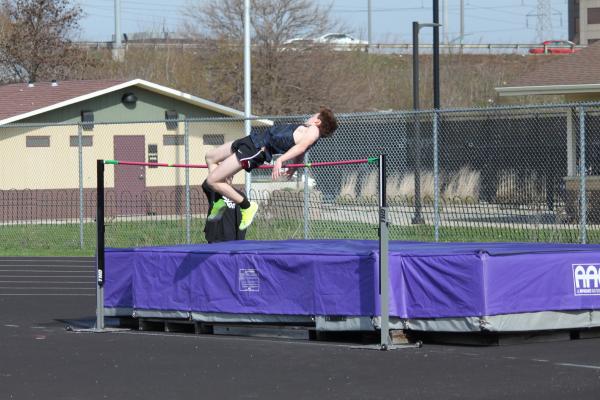 Junior Enrique Lipezker got a personal best in the varsity pole vault with an 8’0” clearance. Sophomore Dylan Dominguez tied his best by getting over 8’0” and tied for 6th place on the frosh-soph level. 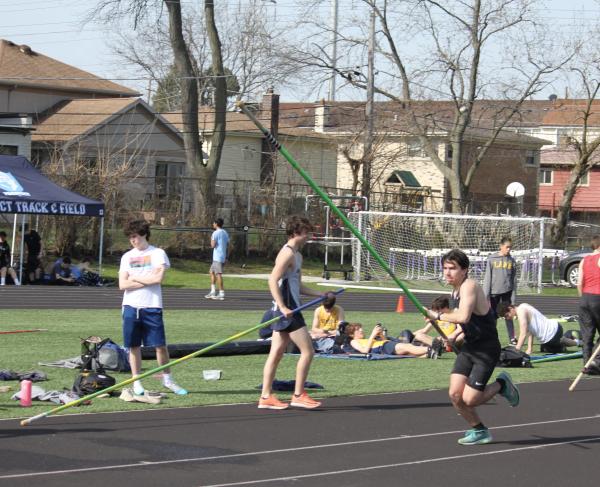 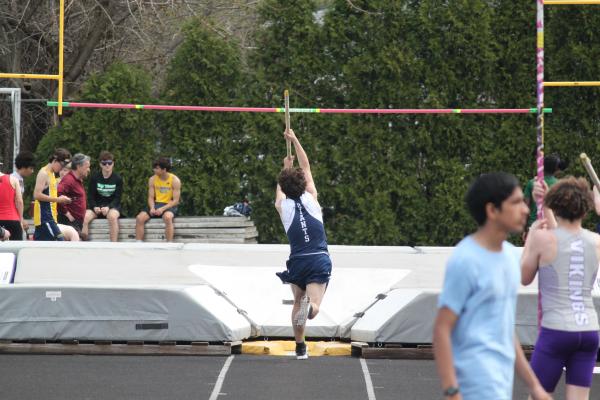 In the varsity triple jump, junior Darius Robinson got an outdoor personal best 39’1.25”. 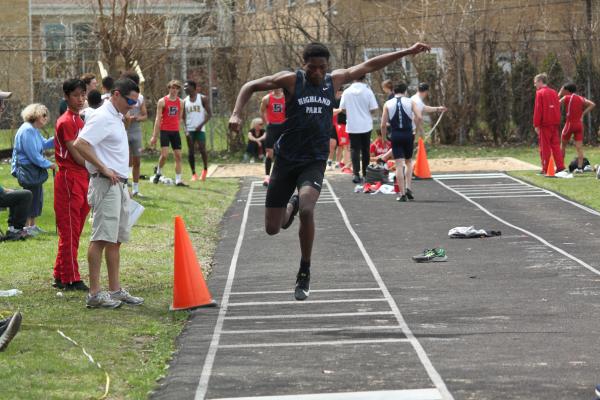 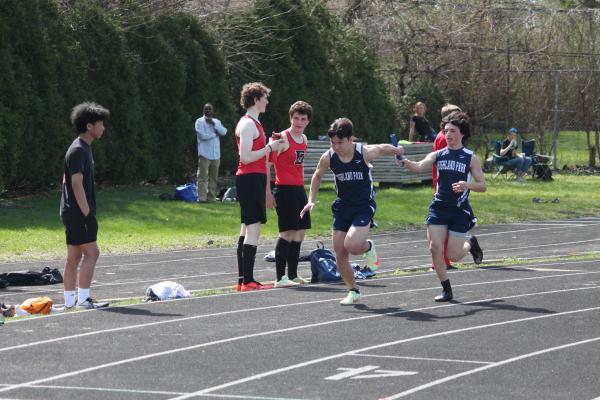 Senior Alex Brown and junior Angel Zeferino battled in the front back of the 3200 meter run. Late in the race the pack strung out. Brown had a great last lap to end up taking 2nd place in 10:41.72. Zeferino put in a big effort to help keep the pace going mid race and hung on for 7th place in 10:57.83. 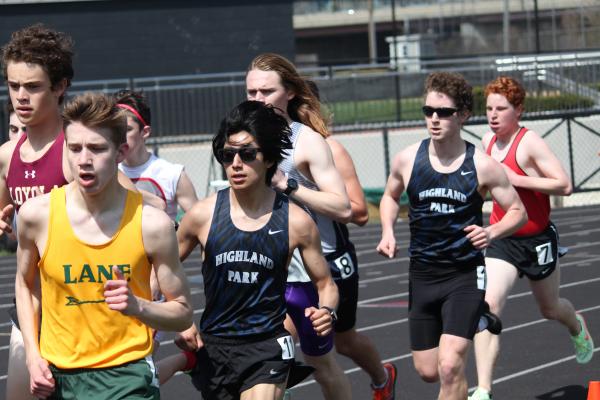 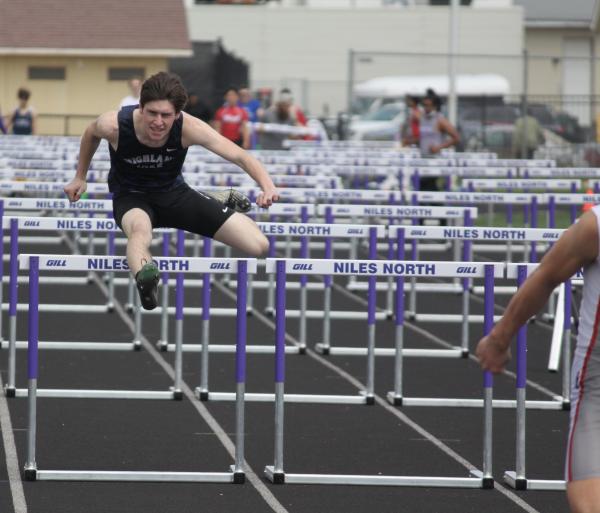 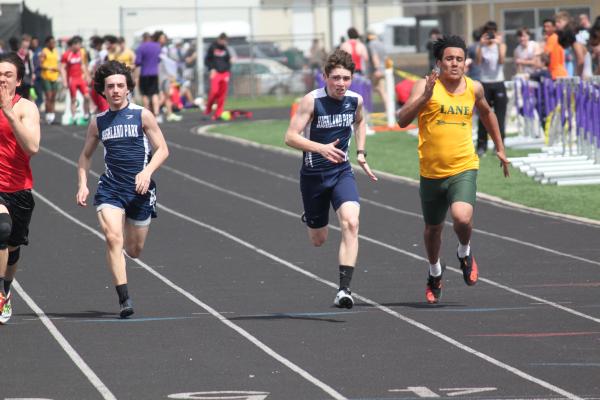 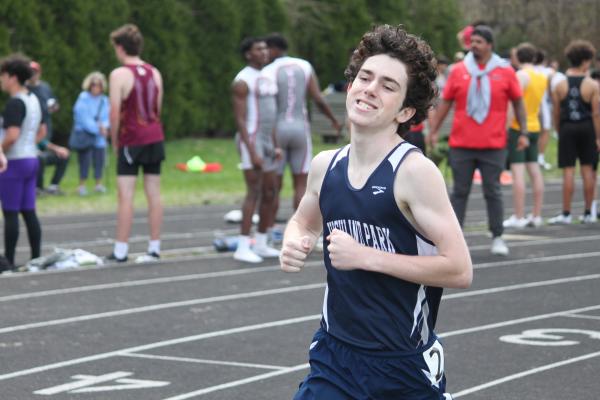 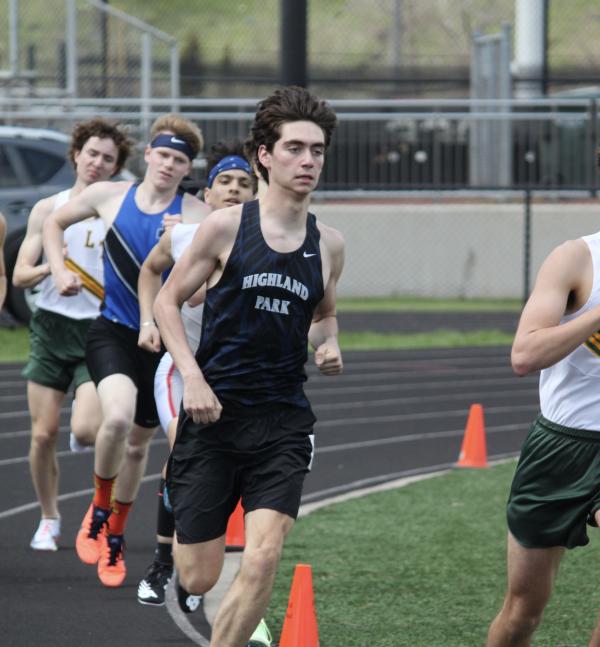 Once again in a sprint relay (4X200), both the frosh-soph and varsity ran season best times. On frosh-soph, the team of sophomore Tyler Rosenthal, freshman Quinten Kelley, Liss, and Picazo came across the line for 5th place in 1:41.03. The varsity team of Calliste, Robinson, Guhl, and Billetdeaux took 4th place in 1:36.71. 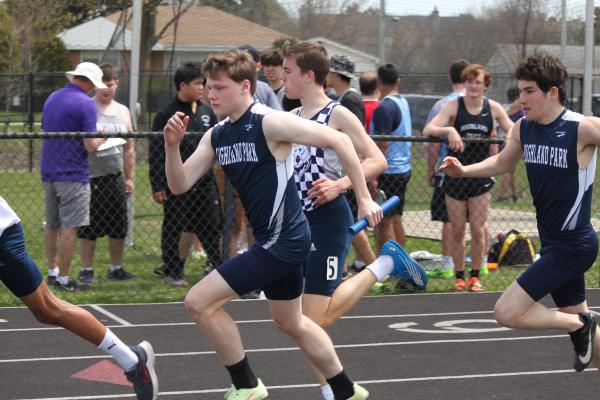 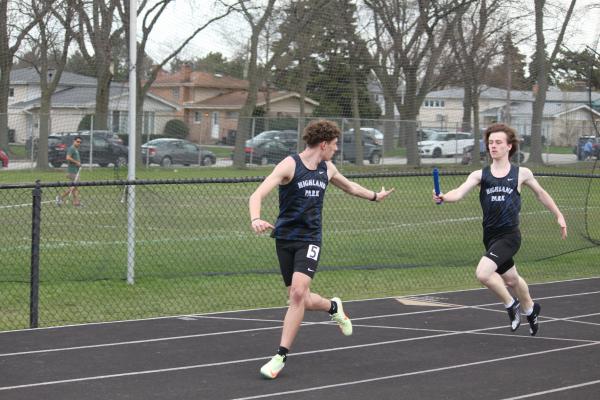 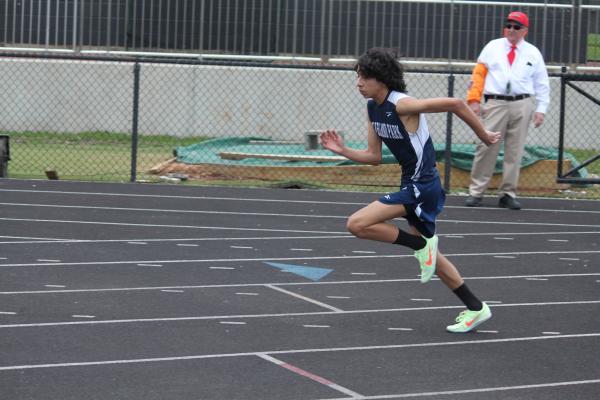 The 300 intermediate hurdles produced 4 personal bests for the Giants. On frosh-soph, Dominguez won the event in an impressive :45.98. Baterdene came in fourth running :47.26. On varsity, Soutsos crossed the line in :45.52 while Guhl ran a :45.64. 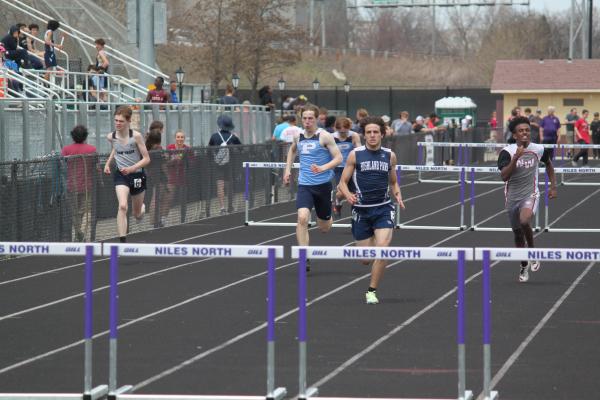 In the 1600, HP got a personal best time and 4th place finish in the varsity race from sophomore Barak Goldstein. He had a strong final 2 laps to finish in 4:42.21. Freshman Charlie Ludington also ran a personal 5:43.45. 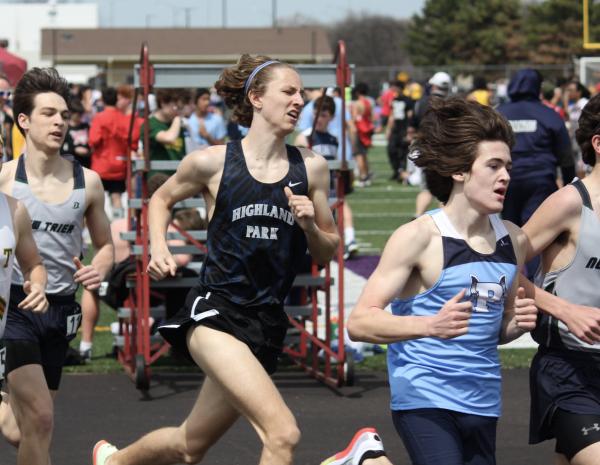 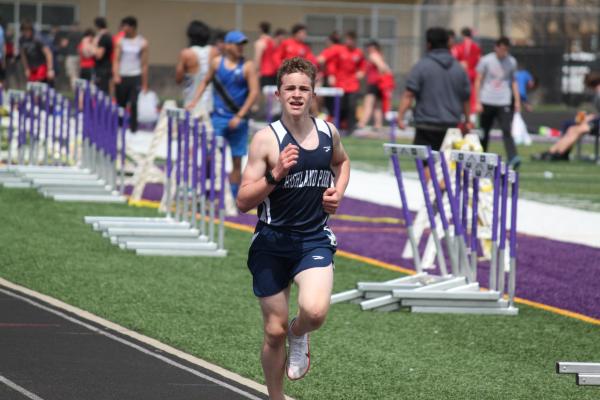 Calliste came back with a great race in the 200 meter dash to take 6th place on varsity with a personal best :24.18 into a headwind. 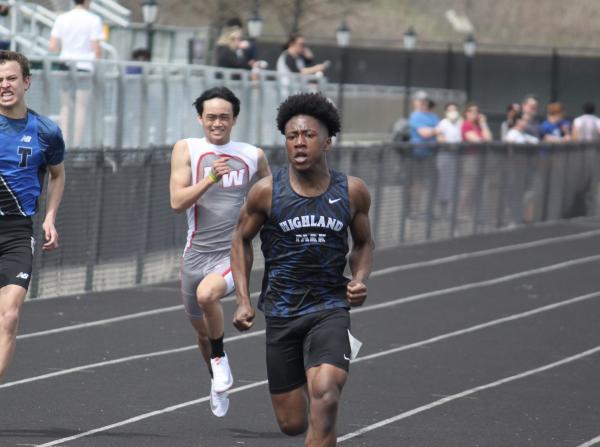 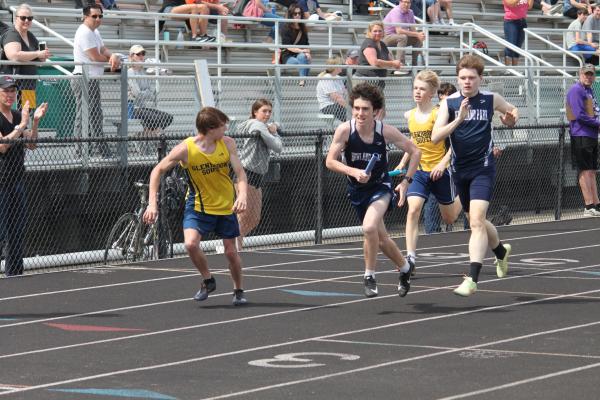 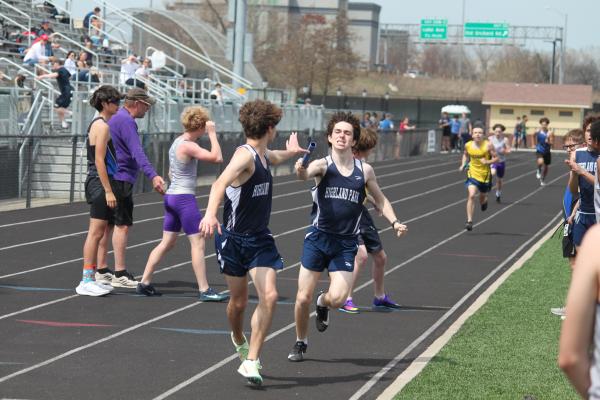 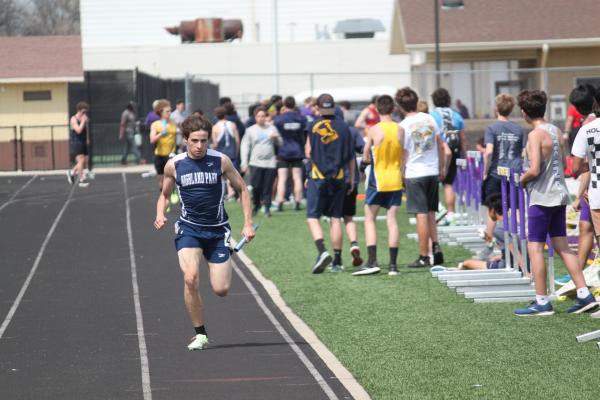 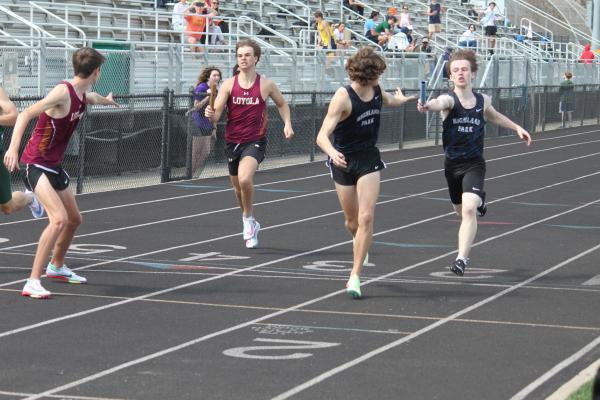 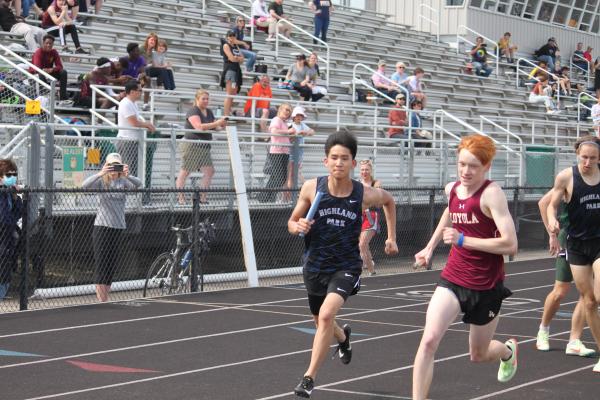 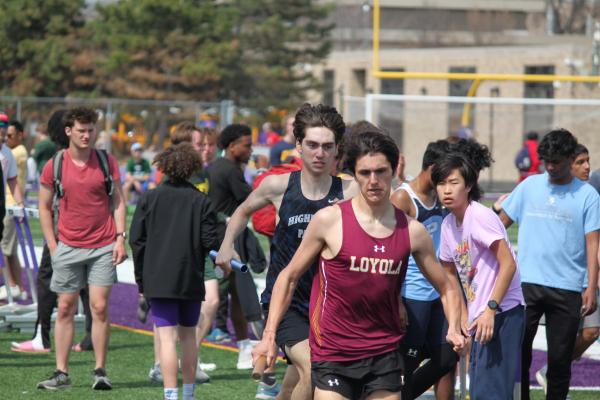 Overall it was a good meet for the team despite missing several key guys due to the change of date for the meet. The team will have a busy upcoming week and will look to have even more improvement as they are getting close to the final stretch of the season. Commitment to the details and taking care of themselves will be key to a successful final few weeks. Big things still to come for the Giants!