The 2021 CSL Invite took place at Maine East High School. The Giants were ready to put all of their hard work this season into action. They had nearly every team member healthy enough to race on a beautiful fall morning.

In the freshman 2 mile race, each of the HP runners that ran in the quad meet on this course a few weeks ago significantly improved their time. Usiel Rodriguez had a tremendous race. He worked his way into a great position and had a strong finish to take 4th place in the North Division. He had never broken 13 minutes prior to this meet, but ran an awesome 11:43.12. Robby Mendoza ran a personal best time of 12:44.30 for 19th place. Nicholas Prokos has battled shin issues all season. He had missed quite a bit of training, but decided to push through the pain and race with his teammates at the conference meet. He got out well, but faded in the second mile, still running a gutsy 13:13.70. 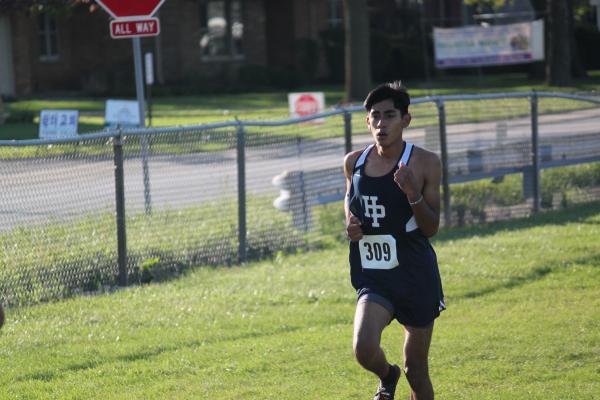 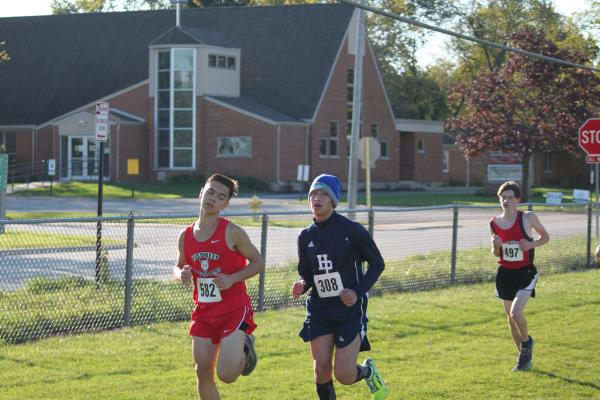 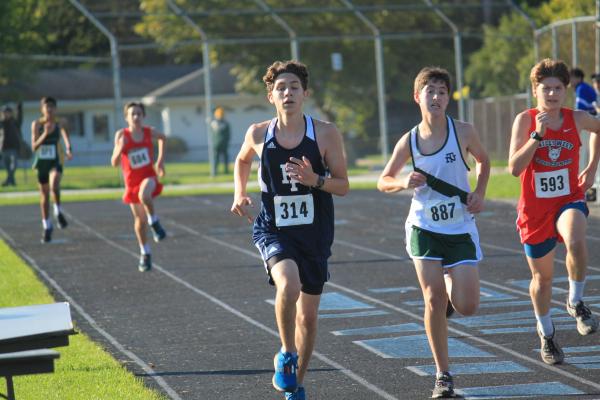 HP ended up in 3rd place in the North Division. This group of freshmen have proven that training truly beats talent over time. They have shown huge improvement and have the opportunity to be even more  successful if they commit to putting in the work year round to be the best distance runners they can be.

The varsity race was up next. The Giants knew they had a tough task at hand trying to compete with a very hard working and talented Deerfield team.

Sophomore Nate Wehner once again led the team as he battled for the individual title. In the end, despite a gutsy sprint effort, he was runner-up in the North Division. He ran 15:36.92 and was 5th overall with the divisions combined. Juniors Noah Jackson and Angel Zeferino were able to earn CSL North All-Conference along with Wehner. Zeferino got out in great position for the first mile with Jackson a few seconds behind him. They were together at the 2 mile before Jackson pulled away to take 10th place in 16:25.54. Zeferino fought to stay in All-Conference position by placing 12th in 16:39.89. 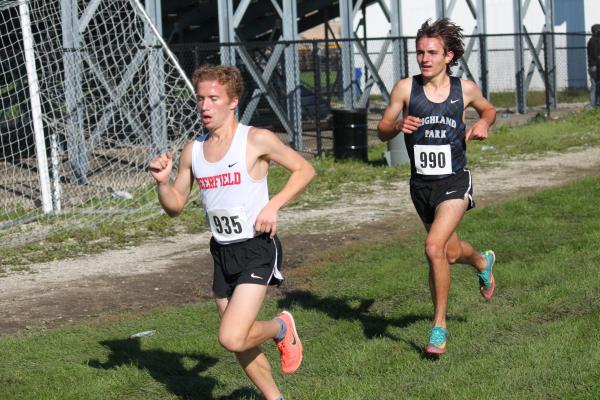 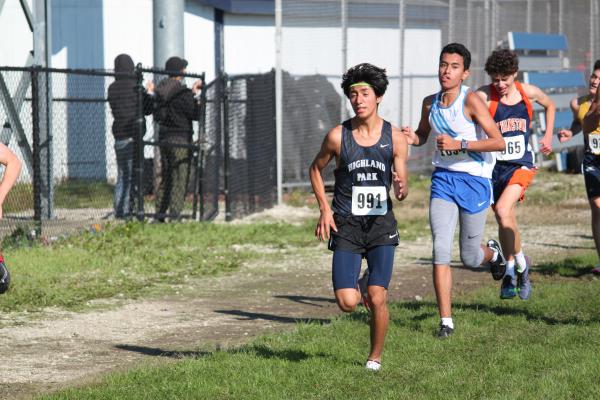 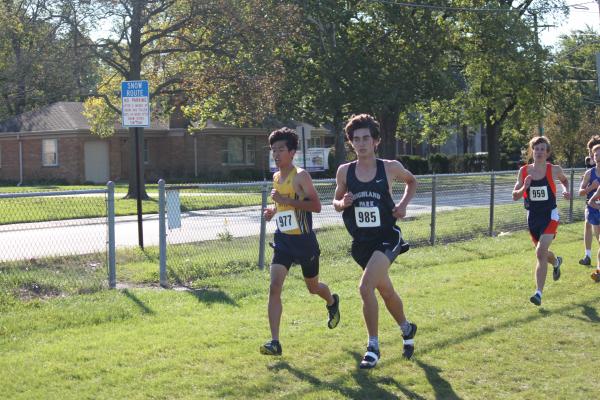 Junior Alex Bradshaw and senior Alex Brown were just a few seconds apart throughout the race. They needed to be up closer to Jackson and Zeferino for the team to have their best team race. In the end they finished 16th and 17th in 16:59.19 and 17:03.38. They will look to bounce back in the State Series.

Freshman Carter Livermore ran well as he came in 20th place with a 17:15.45. He had the fastest final 400 for any runner on the team. The future is bright for this hard working young man. Sophomore Barak Goldstein had a rough day battling illness and major congestion. He did what he could to help the team and finished in 25th place. The team will look to have him back 100% at some point for the State Series.

The varsity took 2nd place in the CSL North, well behind Deerfield as the Warriors ran a tremendous team race. HP was 4th overall between the combined divisions. Despite not having the best team race, the Giants were still near the top of the conference. A revitalized commitment to off season training will be needed to ensure the Giants can compete to win a conference championship in the upcoming years. Who will take the leadership roles needed to hold themselves and their teammates accountable for putting in the necessary work along with all of the extra details like updating logs and following healthy habits?

In the sophomore race, the Giants showed focus and determination from the start as they got out well and found their packs early. Lukaas Nales, Yonatan Garfinkel, and Doug Anderson were together most of the race with Nolan Schott working his way up to them in the 2nd half of the race. Nales had a huge kick and passed several runners to take 4th place in the North Division with a 17:47.02. The next three came in 7th, 8th, and 9th with Garfinkel at 17:55.51, Schott at 17:59.35, and Anderson finishing in 18:06.91. Eli Neiman was chasing this group and ran a gutsy race after missing a week due to a back issue. He finished in 12th place with an 18:20.29. 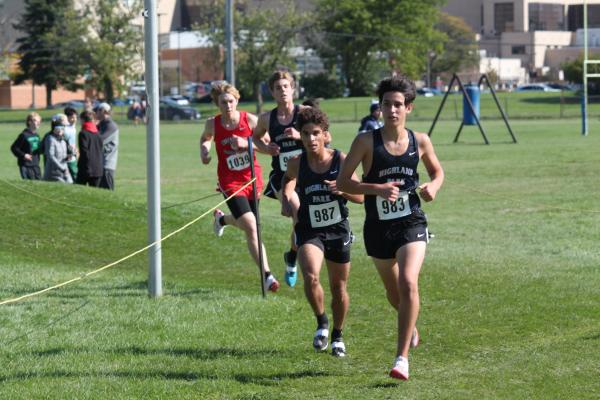 Connor Edelstein got out well several seconds ahead of the pack that included Zach Coren, Ethan Love, and Andrew Kern. Coren caught up with and passed Edelstein in the final 400 to run a personal best 18:45.56 for 16th place. His previous best time for 3 miles was 19:03. Coren’s consistent work continues to pay with this big breakthrough. Edelstein came across the line in 18:48.85 to take 17th place. Love had another strong race and hard fought kick to take 19th in 18:51.83. Kern worked very hard this summer to battle through a knee injury and stayed healthy all season until the knee issue recently flared up. He ran an inspired race to take 22nd place with a time of 18:55.81. 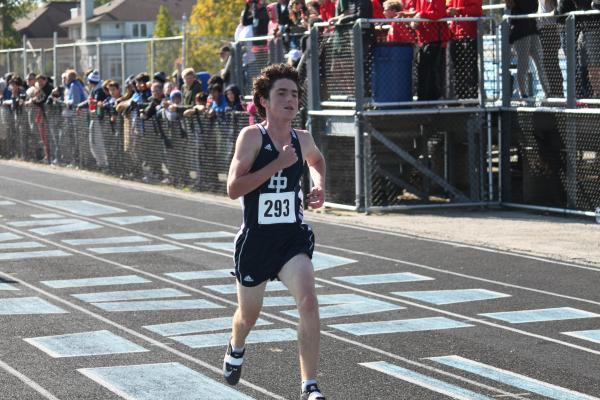 Eddy Picazo had another strong performance as he improved his time from the quad meet a few weeks ago of 20:10 to 19:35.02. This was just 3 seconds off his all time personal best. He had a fast finish despite having nobody right by him to out-kick like he usually does. Oliver Baterdene had his best race of the season going from 21:28 to 20:29.64 in this meet. Right behind him was Tyler Rosenthal. He had another big breakthrough race as he ran a personal best 20:31.52. His previous best was 20:52. 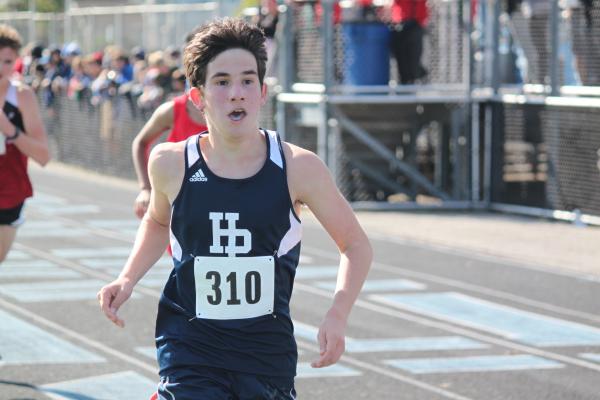 Nate McDonagh and Ryan Griffith worked together for most of the first two miles of the race. McDonagh pulled away in the final mile to run a personal best time of 25:57. Griffith took a risk and got out much faster than he has by coming through the mile in 8:00. He finished in a personal best 27:04. His best time before this was 30:05. He was running so hard down the final stretch, he ran out of his shoe and crossed the line with only one shoe. 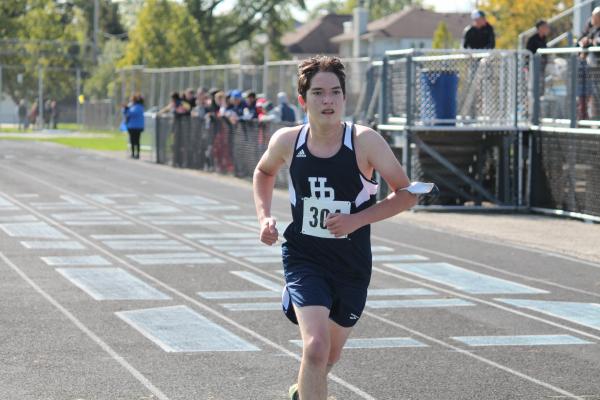 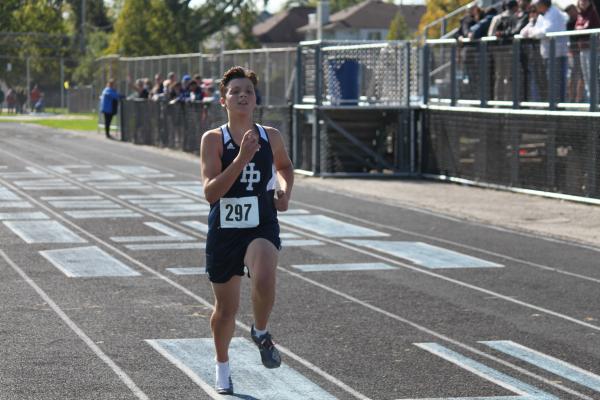 The sophomores ended up taking 2nd place in the North Division to a strong Deerfield team. These sophomores are the future of the program. They will need to out work Deerfield if they are to surpass them next season. If they train consistently over the next year, many of these sophomores will be battling for a top 7 spot on varsity.

The final race of the day was the JV race. The team was led by seniors Alejandro Seiden and Ted Zinox. Seiden ran 19:08.88 and Zinox finished in 19:39.84. The next 5 finishers for the Giants were all juniors. Enrique Lipezker ran another personal best coming across the line in 19:48.65. Davide Albiani had a huge race. He was hoping to break 21 minutes for the first time. He not only broke 21 minutes, but he nearly ran under 20 minutes as he finished in 20:00.58! Albiani has been a wonderful addition to the team this year. Finn Davis had a fast closing 400 to finish in 20:07.31 for a personal best. His previous best time was 20:48. At the quad meet on this course Ramey Heimgartner ran 22:18. In this race he was able to run 21:43.55. Andrew Arzac finished in 23:57.23 which was highlighted by a huge kick down the final stretch to beat out several other runners. Senior Marco Schulze improved his time on this course going from 27:39 at the quad meet to 26:52.02 at the conference meet. 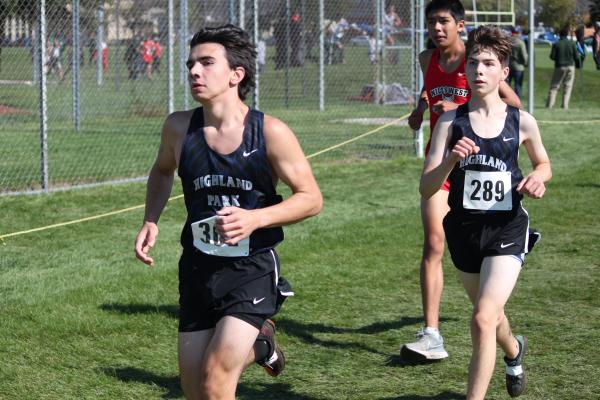 The JV finished in 3rd place in the North Division of the CSL. HP had some strong performances at the meet and some others that could have been much better. The varsity will look to improve their performances through the State Series. As a program, the Giants will have to decide of they will be willing to make the commitment necessary to meet the high expectations set by the coaches and some of the top runners on the team. Only time will tell if the returning team will do what it takes to be the best team they can be.