Highland Park competed in the prestigious Hinsdale Hornet-Red Devil Cross Country Invite against some of the top teams and individuals in the state. It takes place on a beautiful but challenging cross country course at Katherine Legge Park. Every athlete that competed in 3 miles at the first meet and this invite improved their times!

The first race for the boys was the varsity. Senior Jason Polydoris worked his way right up with the leaders and stayed there for about half the race. He faded back a bit and battled to take 12th place overall in 15:29.7. He was the 3rd fastest junior in the race. This time by Polydoris is also the fastest time by an HPHS junior on this course and is the 5th fastest HP time. 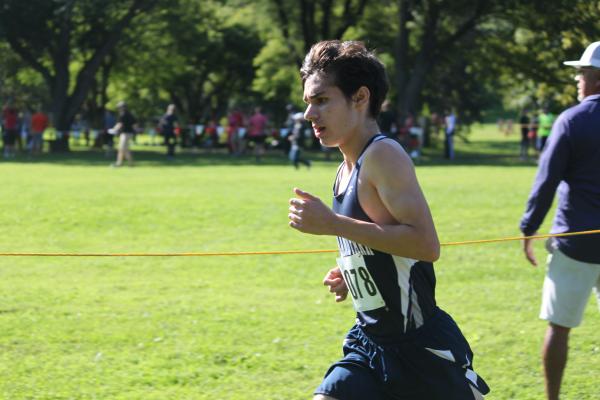 Next in for the Giants was senior Corey Fairchild. After dealing with a brief hip injury, he bounced back and ran a personal best 16:32.1 to finish in 48th place. 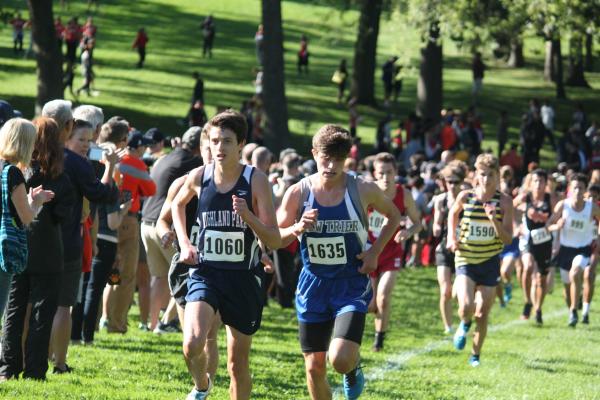 Junior Erik Anderson was hindered by a quad strain and finished well behind Fairchild with a 17:22.9. After Anderson, the next pack of 3 was working on staying together. Junior Max Frideman continues to be having a strong season with a 17:37.3, then it was senior Max Marmitt in 17:49.8 followed by junior Jason Werneth in 17:55.3. That pack will need to continue to close the gaps to help the team be successful. The next 3 finishers for the Giants were seniors: Ryan Rosenfeld (19:17.4), Eduardo Monk (19:40.9), and Dylan Pearson (20:04.6). Pearson worked together throughout the race with juniors Albert Klayman (20:05.2) and Ari Kaden (20:09.6). Not far behind this pack was senior John-Henry Ohlwein (20:24.1). The team ended up in 12th place. Not the type of overall team finish HP was hoping for. The team needs to refocus and step up their training and commitment to a new level.

The sophomore 3 mile race race included a small HP squad of only 5 runners. They were led by Alex Brown who took 24th place in 17:15.6. 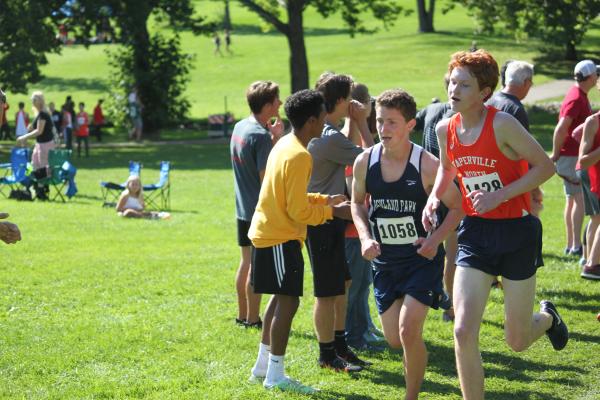 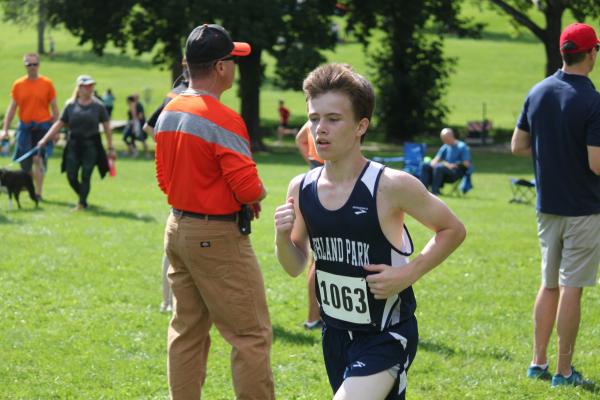 Next in was Alejandro Seiden with a 19:04.7. Newcomer Eli Leshtz had an over 2 minute improvement from his first race to run 21:38.0. Ethan Nicolaz-Davidson finished in 30:18.7.  The sophomores will need to continue to work hard to improve and hopefully get some of the peers to join the team during the next two years to help with their depth.

The final race was the freshmen 1.93 mile race. This was the highlight team performance for HP. The team was led by Angel Zeferino in 11:01.1 to take 33rd place. The duo of Alex Bradshaw and Noah Apley finished a second apart with times of 11:17.6 and 11:18.4 in 46th and 48th place. Next in was Noah Jackson with a 11:39.3. All four of these runner’s times made the all-time HP list for freshmen on this course. 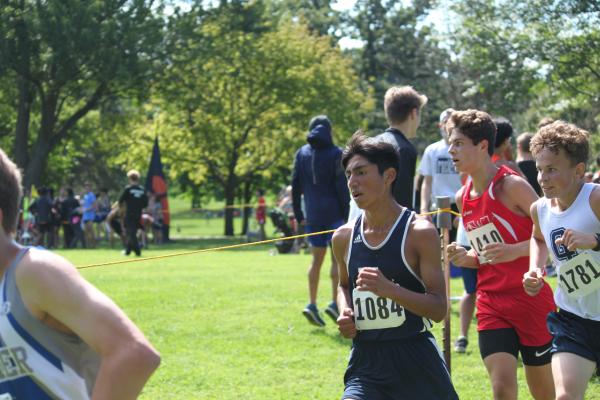 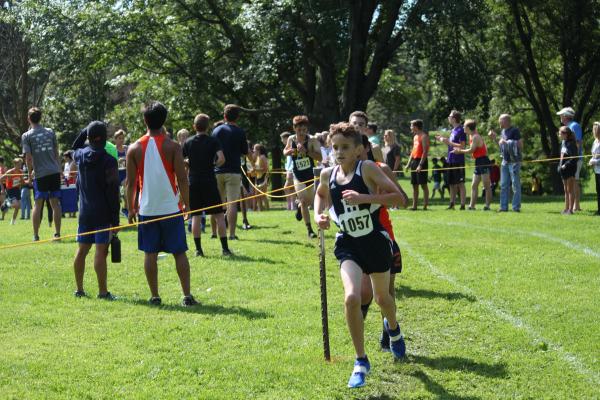 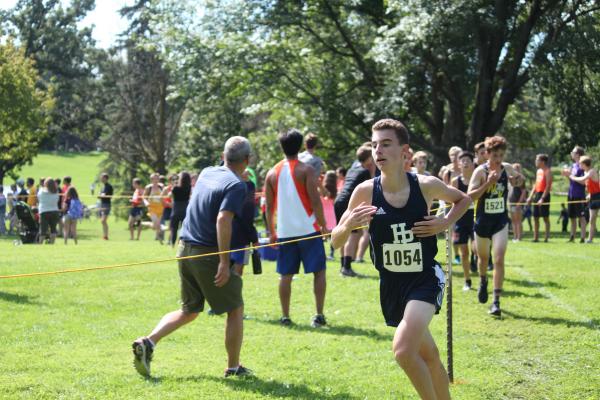 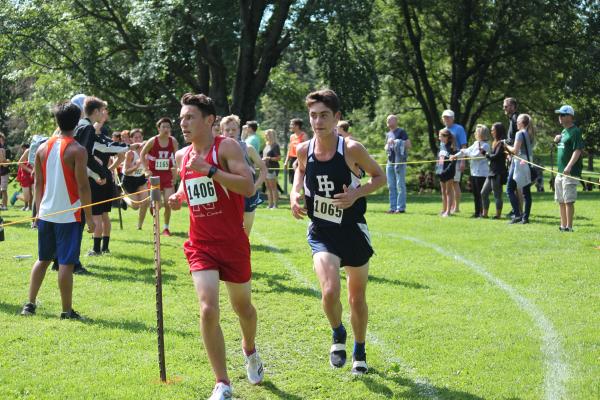 The next four runners for HP each ran a personal best for a mile in the first mile of the race and went on to have strong overall performances for the 1.93 course with a creek crossing and hills! Santiago Pozo ran a strong 12:54.3 followed by Enrique Lipezker in 13:14.8. Finn Davis ran 13:36.9 while Andrew Arzac just missed breaking 14 in 14:00.4. This entire freshman group has the potential to be one of the all-time great teams if they are willing to fully buy in and put in the work over the rest of this season and in years to come. They can raise the bar for our program!